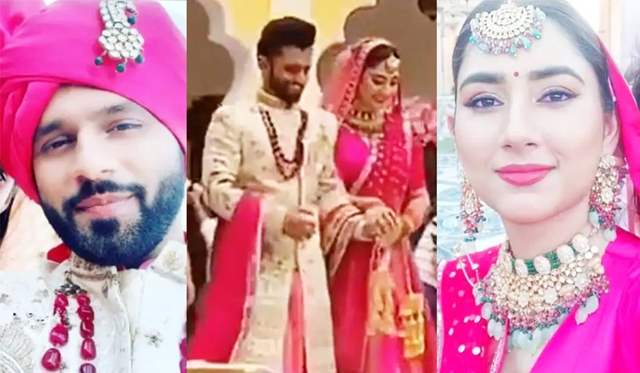 Bigg Boss 14 runner-up Rahul Vaidya has been in the news both during and post the show, primarily, due to his lady love, Disha Parmar, and also his game in the show. It was during the show that the singer proposed to Disha and asked her to marry him on national television. Soon after, Disha entered the show to give her answer and the rest is history.

And now, the singer is in the news once again as photos from his upcoming music video seem to have taken over social media. Reports have it that he has two music videos in store and one of them, as we can see, will be with none other than, Disha. The photos see both of them decked up in wedding attire, indicating that's what the theme of the song will be.

And well, probably that's how the two will look on their wedding day, after all? Reports also have it that the two are looking to getting married later this year and that preparations are on in full swing. This will be the couple's second music video together and we bet the fans are might excited!

Disha Parmar and Rahul Vaidya on realising their love, what they like ...