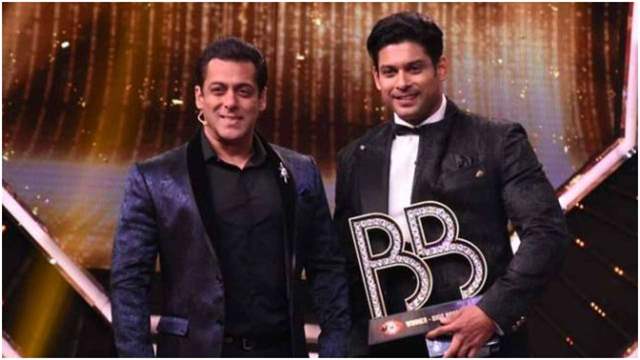 Colors' Bigg Boss 14 has already been in the buzz since the season was first announced. Ever since there has been a lot of news that is coming around in the media regarding this season. And one such news that seems to be afloat is that of Bigg Boss 13 winner Sidharth Shukla being a part of this season.

Bigg Boss 13 has been one of the most popular seasons with various factors contributing to it. Right from the fights between Sidharth Shukla and Rashami Desai to the romance between Himanshi Khurana and Asim Riaz, everything called for attention. The makers are now planning to use popular contestants of last season and give the show a nudge it requires in the beginning.

After the news of Shehnaz Gill entering the show as a guest, the latest reports in a leading media portal claimed that Sidharth Shukla will be hosting one segment on weekends. Keeping Sidharth's popularity in mind, the makers have roped him for this season as well. Sidharth is said to reportedly be the one who will monitor the contestants and give his comments on their performance.

However, things have not been confirmed by the makers or channels yet. Watch out this space to know more about this season.

smallwonder 9 days ago Oh no....bad decision.... I dont think its true either...

zee112 11 days ago The lengths the channel is going to make BB14 a hit. But BB13 was a hit because of all the interactions between the contestants. Hosting/commenting won't be same as participating in the show.