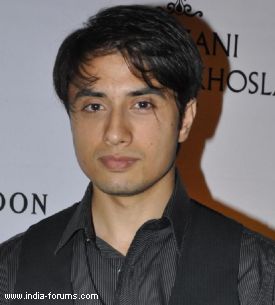 Pakistani singer-actor Ali Zafar says people in his home country are waiting for his next Bollywood film "Total Siyappa" and if things go as planned then the film will be premiered in Pakistan.

"People in Pakistan are loving the promo of 'Total Siyappa', (and) they are waiting for its release. If everything goes well, then we will have a big premiere of the film in Pakistan," the 33-year-old said here at the Zee Cine awards.

He also plans to invite for the premiere cricketer Shahid Afridi, whom he mockingly mentions in one of the dialogue in the film.

"We will also invite Shahid Afridi for the premiere and if he comes, he will enjoy the context of that particular dialogue about him," said Ali.

The dialogue mentions Afridi in a funny way and it also created quite a stir when the promos of the movie came out.