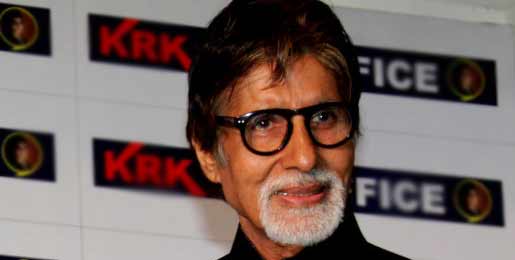 Megastar Amitabh Bachchan, whose film "Piku" - on the father-daughter bond - has garnered plaudits galore, has shared an old photograph featuring himself with his late father Harivanshrai Bachchan and son Abhishek in the same frame.

Reminiscing the moments, the 72-year-old took to micro-blogging website Twitter to share the image, which was taken on the sets of his the 1979 film "Kaala Pathar".

"Three generations, one frame ...(on the sets of 'thar' in Pune, at Raj ji's farm)," the "Paa" actor tweeted alongside the picture perfect capture.

5 years ago Very interesting story, looking forward to see this new film, All the very best to Megastar Amitabh Bachchan.