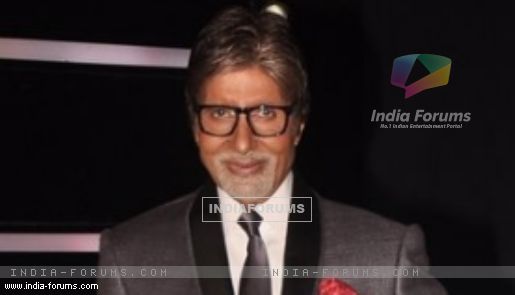 It was a moment worth capturing! Bollywood veteran Amitabh Bachchan grooved with four younger Hindi film actors -- Akshay Kumar, Arjun Kapoor, Ayushmann Khurrana and Ali Zafar -- at the Star Box Office India Awards where he was honoured with the 'Box office Shahenshah Award'.

Sharing the experience on his blog, the Big B posted: "Awarded...for the titled name from film...I dislike and defeat the thought, but does it remain...no...it does not... so I accept...and accept well.

"...and stage giftings of the Box Office Awards with colleagues and friends - Akshay and Arjun and Ayushman and Ali and Amitabhnever before did so many A's be on one platform...who force dance me to the 'jumma' brigade."

The 71-year-old, who turns a year older Saturday, also shared a photograph of the five of them lined up for an impromptu jig on the number.

Glitzy and laden with glamour, the first Star Box Office India Awards saw the Who's Who of Bollywood gathered at Yash Raj Film Studios.

In addition to honouring films, directors and actors of the year, the Star Box Office India Awards recognised interesting records set at the box office.