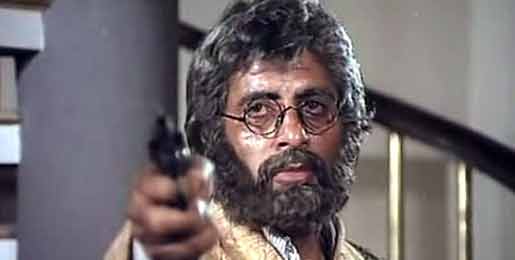 As Amitabh Bachchan's "Aakhree Raasta" completed 29 years and "Sarkar Raj" clocked seven years of its existence, megastar walked down memory lane remembering the cinematic gems for their plot and performance.

The films completed their runs on Saturday. The 72-year-old took to micro-blogging site Twitter to share his thoughts.

"29 years today the release of "AAKHRI RAASTA"...great story and great conception by Bhagyaraj director," he tweeted late on Saturday, along with a photograph of him and Sridevi from one of the scenes from the film.

An action crime drama "Aakhree Raasta", which also featured Sridevi, was packed with powerful roles with Big B having double role of a father and his son. The 1986 film, directed by K. Bhagyaraj, narrated a story of a man out to take revenge from his wife's rapists.

Big B talked about family reunion while remembering about the sequel of 2005 film "Sarkar".

He shared: "And 7 YEARS of 'SARKAAR RAAJ'...great performing moments! And the family works together."

On the professional front, the actor is currently prepping up for "Wazir", which also stars Farhan Akhtar.