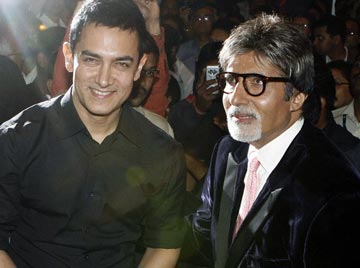 Bollywood megastar Amitabh Bachchan and superstar Aamir Khan are among the contenders for the title of "India's Prime Icon".

BIG CBS PRIME has pitted them as contenders among other known names from various fields for its upcoming show "India's Prime Icon", said a statement from the channel.

The winner of the title will be decided through audience votes, after the show goes on air.