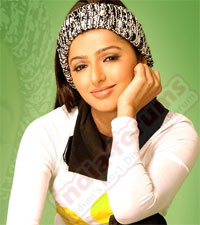 Baby-faced actress Bhumika Chawla is tying the knot soon with Bharat Thakur, a yoga master by profession. The wedding is on October 25 at a five-star hotel in Mumbai. The actress plans to continue working after marriage.

Love blossomed when the two met at the yoga class. It has been four years now that the two have been seeing each other.

Bhumika has gained more recognition in the South Indian film industry than in Bollywood where her sole hit was "Tere Naam" with Salman Khan. She was last seen in Feroz Abbas Khan's film "Gandhi My Father".