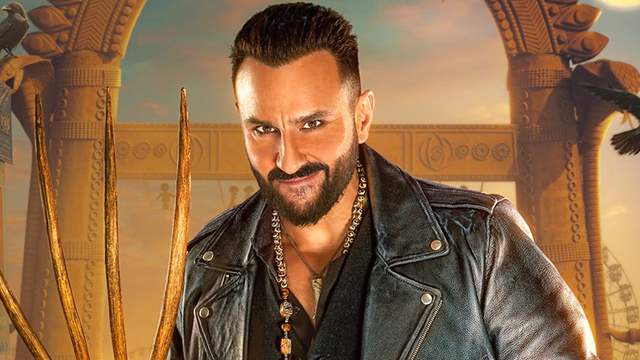 The makers of ‘Bhoot Police’ starring Saif Ali Khan, Arjun Kapoor, Jacqueline Fernandez and Yami Gautam have announced on Monday that the horror comedy will skip theatrical release and premiere directly on a digital platform.

Directed by Pavan Kirpalani and produced by Ramesh Taurani, Akshai Puri and co-produced by Jaya Taurani, Bhoot Police will release on Disney + Hotstar, and the makers are yet to announce the release date.

To add to the excitement, the first look poster of Saif Ali Khan as  ‘Vibhooti’ is also out. Kareena Kapoor Khan shared the poster on her Instagram handle and wrote:

Back in November, Kareena and baby Taimur Ali Khan had joined Saif while he was shooting in Himachal Pradesh. Arjun’s girlfriend Malaika Arora had also accompanied the actor on his shooting schedule.

Previously, it was announced that Bhoot Police will release on 10 September in cinema halls, but due to the lockdown causing theatres to be closed, the makers have opted for a direct to digital route and a fresh release date is expected to be announced.

Meanwhile, first look posters of the remaining cast are also expected to be released soon.