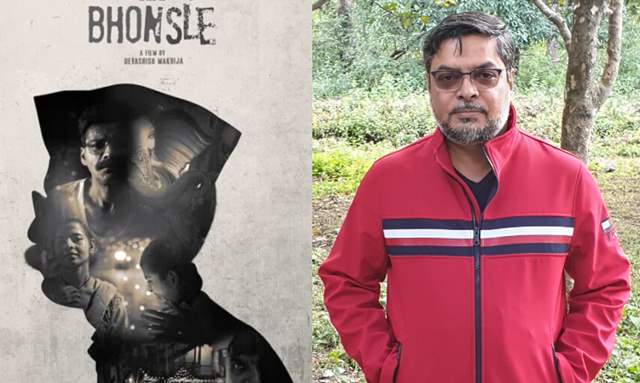 While the debate about the problems in Bollywood continues to surface, netizens are trying their best to keep the conversation alive. Several actors have been the victim to such issues and recently, Abhay Deol and Taapsee Pannu spoke about their experiences in the industry.

Meanwhile, during a recent interview with the producer of Bhonsle - Piiyush Singh, he was quizzed about the insider-outsider debate and the prejudices in Bollywood. Singh never pointed out names but he definitely hinted at people who have been in the industry for a long time and do not believe in offering the new comers with enough opportunities. He said, “I believed it is all out there and now is the time when they have to give that answer. It holds lies against them and it has been going on for a while now. In fact, even we ask the same questions and seek answers to them.”

A film has always been a joint venture and it is a collective effort which goes into making the film and clearly, if the film fails to market itself it’s a loss for the whole team. Piiyush also revealed how paid reviews and lack of opportunities to distribute the film makes a huge difference.

“It is not just the production of the film that we face difficulties in distribution as well. Definitely there is a market working around who controls the trade also, so OTT platforms help independent filmmakers like us reach out to the people otherwise, making a release is so damn difficult. There is masking involved and paid reviews as well; I don't want to point fingers but that is a fact. I believe there have been people who have been there for a long time in the industry and they should answer these questions to the public,” added Bhonsle producer Piyush Singh.

Bhonsle renders a deep, satirical exposure towards the long-discussed issue of ‘Migration’ and ‘Casteism’ in Mumbai that exists even today. The film once again questions the aftermath of migration and the insider-outsider debate which has been discussed since a long time now.