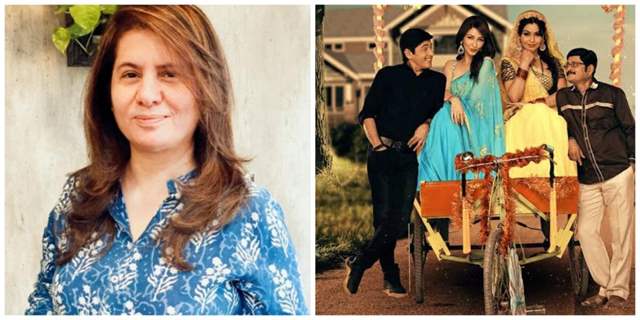 After months of halt in shoots, the Television shows are soon to begin it's shooting once again by taking certain precautionary measures. However, the Federation of Western India Cine Employees (FWICE) and Cine And TV Artistes' Association (CINTAA) cancelled the shoots at the last moment. As per the federation, the Indian Film & TV Producers' Council (IFTPC) had failed to meet certain demands laid down including 8 hour shift for workers, rs 50 lakh insurance cover amongst others.

Now, Pinkvilla got in touch with the maker of the show Bhabiji Ghar Par Hain, Binaifer Kohli who spoke about the same. Talking about 8 hours work shift, she stated that it doesn't work for her because how will she make a bank in that? She mentioned that she first have to test 40-50 people with a thermal gun, then oximeter and mark their daily report. Apart from this, she is not allowed to have anyone on the sets when the Actors are there. She stated that if you see an episode which would have taken one and a half day will now take two and a half days. Then there is also staggered lunch break. "How will we do work and with what output? We have to stay on-air with a bank of episodes in case there are small closures," she added.

Binaifer added that whatever is viable from the business point of view, the channel will do and they have to take a pragmatic view of all this. She stated that she will take extreme care of her unit and her people but they have to be a little realistic and work things out which is helping everyone while not breaking the back of the economy. She mentioned that most of the Actors have not agreed to pay cut, some had but now the association says, no pay cut. She also mentioned that a lot of producers are facing this issue.

She also spoke about the challenges to work with 33% of the crew and the hurdles that they will face in the monsoon.