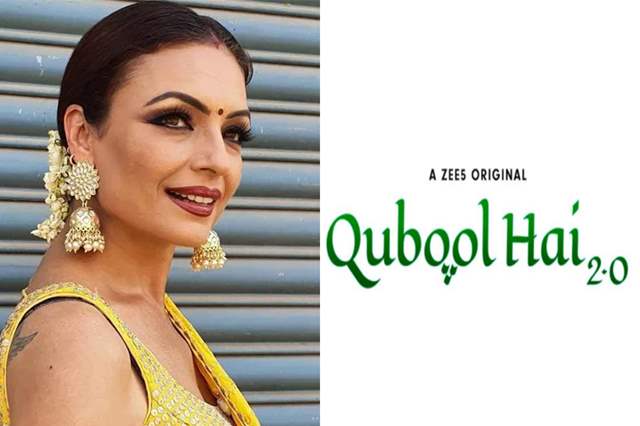 Indian TV industry has witnessed some rather path-breaking shows over the years and it would be totally fair to say that likes of Qubool Hai is certainly one of them. Back then it was one of the most hyped shows as it marked actor Karan Singh Grover's re-entry into the small screen apart from having a new comer take charge as the female lead in the form of actor Surbhi Jyoti.

Now, all these years later, the show can be stated as one of the longer running shows and apart from Grover, TV witnessed the rise of a new superstar in the form of Surbhi Jyoti.

So, when it was  announced and confirmed recently that the makers are coming up with a second season of Qubool Hai making sure that it is Grover and Jyoti who will star as the leads again, fans went berserk. We also know that Qubool Hai 2.0 will be on Zee5 Premium like Jamai Raja 2.0 that came on the streamer last year. While Singh Grover and Jyoti are obviously playing the leads again, the show has also roped in an array of big names in supporting roles.

The likes of of Mandira Bedi and Arif Zakaria have already been confirmed to play important roles and now two other actors have joined the cast.

Actor Kavita Ghai (Beyhadh, Kartik Purnima) and Gulfam Khan (Naamkarann, Aladdin) have been finalised for the series. The makers have kept the details of the show and the new characters under wraps so far but with all these actors coming together and the reunion of Singh Grover and Jyoti, Qubool Hai 2.0 does have several good things going on for itself.