View Profile
Ever wondered what happened to Sanjay Gadhvi, the director of the highly successful Dhoom series? For those in the unknown, the director had to be replaced when matters 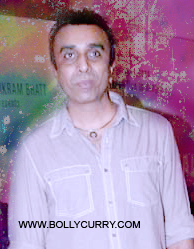 came to who will direct the next Dhoom instalment, Dhoom 3.
After facing immense failure with his film Kidnap, Gadhvi had to immediately abandon plans of his next project, 7 Days in Paris, which he planned to cast Imran Khan and Katrina Kaif as his lead pair. If that wasn't a huge setback in his career, the director was later harassed with legal issues from the production house of TV 18. Now that he's bound with a legal contract with them till 2011, Gadhvi's future plans will have to be put on hold till the coming year.
But it seems that the setbacks have only roared Gadhvi to push on. Rumors have it that the director has already planned his comeback film, one that he anticipates will jump the success of the Dhoom series. Gadhvi's even already spoken to a few actor's he consider's drafting up who include: Imraan Khan, Shahid Kapoor, Ranbir Kapoor, Katrina Kaif, and Sonaskhi Sinha. That's one impressive list of hot youngsters!
However, although Gadhvi may have been replaced by Yash Raj Banners for the upcoming Dhoom film, the director still wishes the entire team well.
After success with Dhoom 2, will Sanjay Gadhvi be able to create the same amount of success without the Yash Raj Banner besides him?
Editors: Medha & Jenifer
Graphics: Pooji
4 Likes

Nawazuddin Siddiqui Waited 20 Years to Work with Sudhir ...
27 minutes ago

Rakul Preet Singh confesses to being a part of drug chats ...
57 minutes ago