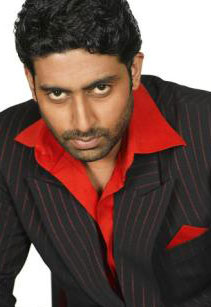 There was once a time when it was believed that there is a women behind every successful man. But today, our actors in order to get attention of the producer, viewers are spotting STUBBLE to get the macho man image. So lets check out style mantra of these stars whose has climbed the ladder of success with just a changed look.
If one take a sneek peek onto our Bollywood than the the Stubble style mantra has been started by Abhishek Bachchhan who has miraculously touched success after his changed look. We simply cant miss our Hollywood hunks like Jhonny Deep, Leonardo Di Caprio, Orlando Bloom etc who started the trend and made all the stars adopt the similar style mantra.
Coming back to our television world, lets see who managed to touch success by being extra macho and spotting STUBBLE.
Featured Video

Jatin shah: He did a cameo in Kasauti Zindagi Kay as Omi's friend but was not able to catch the eye ball of audience until he arrived in as Adi in Kahani Ghar Ghar Ki playing a spoli brat with loads of attitude or most recently as Raunak in Kasturi. So the normal average looking actor managed to pull female crowd towards him simply by letting his hair grow on his face. New look brought new luck and now he is one of the most sought after actor.
Shabbir Ahuluwalia: He is one actor who has always carried Stubble or rather his face is burried under the excess hair so much that now the viewers are waiting to see him without it. Rite from the Kahiin to Hogo days to Shooutout at Lokhandwala and recently Kayamath this actor is consistent in his appearance yet managed to draw a large female crowd. Lets just hope that his stubble is not advised by some numerologists to guarantee success.
Ram Kapoor: He has millions of fans rooting for him already, a mega sucessful show under his belt but yet he felt the need of a makeover to give him new chic and debonair look and maintain his fan following by taking shelter of those mega important hair and now we can see him sporting the grand new look for Kyunki Saas Bhi Kabhi Bahu Thi, all in new avatar!

Karan Patel: He played supporting roles in Ekta Kapoor shows like Kasauti Zindagi Kay, Kyunki Saas Bhi Kabhi Bahu thi and others but this actor drew all the attention and grabbed female attention with the rockstar image of Robbie Sabrwal. He has proved his mettle as the spoil brat Rockstar hunk with not only skills but macho appeal and all with help of his....Stubble. How obvious!
Akashdeep Sehgal: He started his career from the movie Pyaar Mein Kabhi Kabhi and hardly drew any limelight. He migrated from big to small screen in search of luck and success but here lied blessing in disguise for him and for millions of his fans who seemed waiting for him only to fire up their TV sets as bad man Ansh Gujral. He ruled Shanti Niketan house so much so that the positive character he played for sometime could not be digested by the daily couch potatoes and henceforth he is back with all the vengeance as Eklavya. Am I forgetting something important? Yes it was his stubble which gave him the edge and bad-boy look that made him so convincing as Ansh and more recently, as Eklavya!
Anand Suryavanshi: He is one actor who is there on television from quite sometime from Kasuati Zindagi Kay days to some important and significant roles in top most shows on television but success always eluded this multifaceted and multi talented actor untill he arrived in as Shaan, an angry young man who is out to take revenge from his wife and best friend. Sporting a new look, loads of talent and a stubble that could make women go crazy, he finally got significant role and success and not to forgot a French Beard !!
Jhalak dikhla ja.. Jhalak dikhla ja.. ek baar aja aja aaa jaa..
You all must have guessed it by now who I am referring to.... Yes our own Himesh Reshammiyaa! His songs and his newly found mega success as an actor, who soon will be dancing around trees on his own music, is thankful again to his ultra important cap and am yes how can we forget his frowning look with heavy Stubble!
Ajay Krish: – He made girls swoon over him as he walked into the serial ‘Mamta’ with the coolest clothes, megawatt grin and a devil may care attitude but the real charm of Siddharth Rai aka Sid is his stubble. Rarely seen with a shaved face, Sid carries off his stubble with extra attitude and it adds on to his charm even more. Once he did try the shaved look but failed to impress the viewers. And the distrubing comparison with comic actor Rajpal Yadav made Sid sport his bearded look once again. For the sake of his fans, we hope this man keeps on that stubble as long as he is in tellywood.
Henceforth, all you aspiring actors of the future .. throw away your Shaving Kit out of the window and let your beard down...oops, I mean grow. This seems to be working for current television stars and a sure shot formula to success.. We showed you the path to good looks rest is your Luck and don't forget to say one thing.. Hail Stubble.

14 years ago True Abhi became hot when he kept his stubble. A man looks more mature.

Iqbal was the best at keeping stubble for a rockstar look.

+ 2
14 years ago even Hussain when he's playing Devdas keeps a stubble & looks too adorable for words!

14 years ago I never really liked Abhishek Bachchhan's stubble, he should shave. But i think it makes guys like Hrithik and Karan look hot.

14 years ago its true isnt it..never really thought abt it so much until this article...lol...

15 years ago I love this article! HA! I had to stop laughing before I could even read it, I had a hard time believing this was serious. Personally, I HATE stubble even on my favorite actors... I wish they would shave. But since I think it is fashionable they all want to follow the trend, and it just happens that they are doing well right now. As for Icky Baby (Iqbal Khan) hopefully he got rid of his stubble and that is why he was not on that list...not that he is forgotten.

+ 2
15 years ago hey you put R.K in there he does look nice in his new lppk :D and for the ones that want iqbal in the list well all the men that r in this article r acting in a serial iqbal doesn't even act in any serial at the moment. how r the I-F team supposed to know he looks right now did he shave or not if isn't in front of the camara now.ladyzaib and vinnu-guarav you should think about that for a while. by the way does aparajit deb even have a stubble???????

15 years ago Naina, Minnie I would like to protest, i have come with a beard trimmer, i will shave the beard of all these man personally dont ask me how ok...have not figured that out yet, unless u bring Iqbal Khan in.