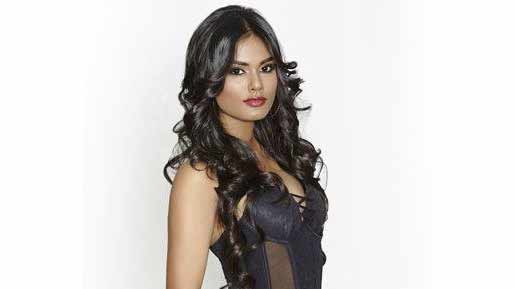 Noyonita Lodh, who will represent India at the Miss Universe contest in Miami, says beauty pageants have a lot of social responsibilities and her wish is to rid society of "gender discrimination".

Dismissing association with a social cause as a fad, Noyonita says "pageants are not only about beauty but also about brains and your role in social awareness".

"Beauty pageants have a lot of social responsibilities attached to it and that is why contestants work towards a cause. Apart from this, it is also very important to look into social issues and work towards the betterment of the country," Noyonita told IANS over phone from Mumbai, where she has started preparing for the Miss Universe pageant to be held next year.

The Bangalore girl feels that "gender discrimination" should be eradicated to make the world a better place and thinks, "It can happen only through education".

With Lara Dutta, the last Indian to get the crown in 2000, mentoring the contestants of Yamaha Fascino Miss Diva Universe 2014 including Noyonita, hopes are high this year.

"It is my duty to work hard and get the crown back. It's been 14 years since we got the crown and I am sure everyone in India is also looking forward to the same," said the 21-year-old.

Noyonita thinks that "lack of focus and time given for preparation for the world beauty pageant" is the reason for the dry spell.

A slew of beauty contest winners like Aishwarya Rai, Priyanka Chopra, Sushmita Sen, Yukta Mookhey and Dia Mirza turned to Bollywood after winning the pageants. Some hit the jackpot and some just faded away with time. But with all her focus on the Miss Universe crown, Noyonita is not thinking about that right now.

"Bollywood is a far-fetched thought. Right now I am just concentrating on the beauty pageant and have not thought about Bollywood," she said.