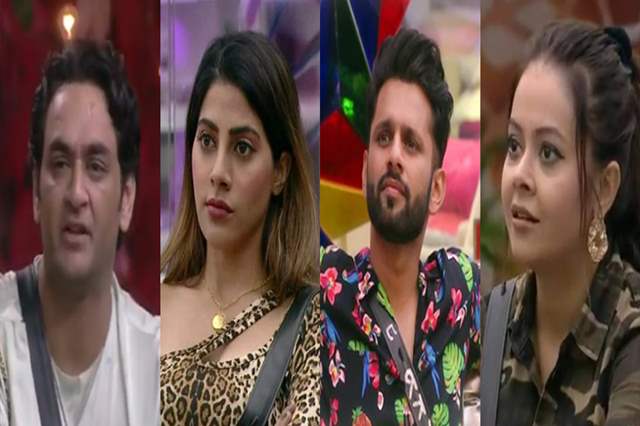 Bigg Boss 14 has witnessed an array of developments happening recently and even though there wasn't much happening till a while ago, the makers left no stone unturned in Weekend Ka Vaar.

The weekend episodes was without Salman Khan and hence a media interaction along with Sidharth Shukla making an appearance was taken into account for covering up.

Nevertheless, tonight everything is back to business and the nominations took place only a while ago. Sealing it all, it can be confirmed that Vikas Gupta, Nikki Tamboli, Devoleena Bhattacharjee and Rahul Vaidya have been nominated.

Apart from this, the allotment of blocks is what is being played with right now and contestants are not getting to use particular areas.