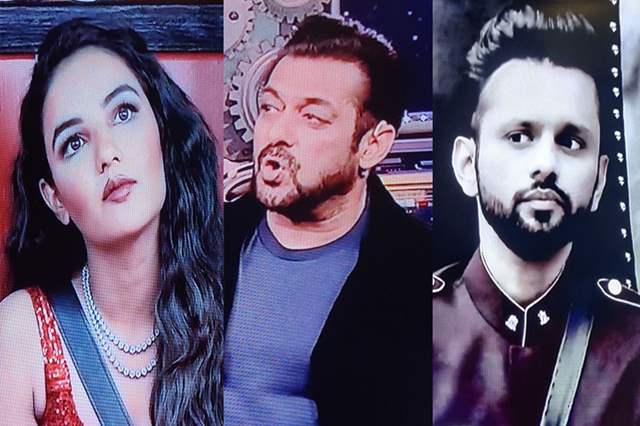 Bigg Boss 14 witnessed another day pass by and while the beginning was all about the on-going feud between Eijaz Khan and Kavita Kaushik which came on from tomorrow - it continued to this week's nominations.

We now know that Rubina Dilaik, Nishant Malkhani, Kavita Kaushik and Jasmin Bhasin are all nominated this week and this is also the first week actually where voting lines are open for viewers to vote.

Tomorrow will witness Weekend Ka Vaar and Salman Khan will be in his full-fledged schooling mode to contestants. Expected issues will be taken care of - which include Rahul Vaidya's Nepotism comment and also Jasmin Bhasin's outburst towards Vaidya.

On one hand, Khan will reprimand Vaidya for his nepotism comment towards Jaan Sanu and further even make him realise how this ins't the platform to raise that; on the other hand, we will see Khan will also school Bhasin on her outburst. He will make her realise that she going on to say cuss words towards Vaidya and even threw water on him was 'fine' according to her and she chose the wrong path doing all this.

Amidst all this, Khan will also slam Rubina Dilaik for all her comments during Bhasin's talk.