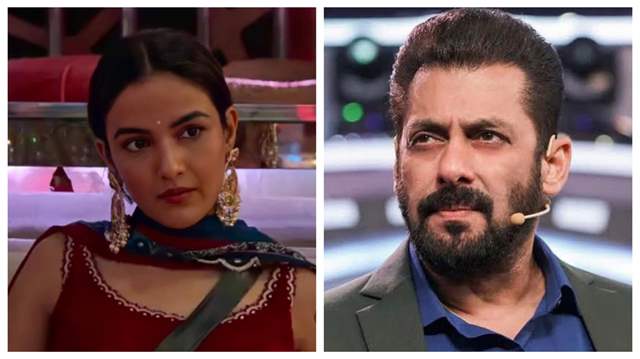 Bigg Boss 14 have witnessed an array of developments in the past few days which began from Abhinav Shukla's surprise eviction to the likes of Nikki Tamboli and Rakhi Sawant winning their spot in the finale week.

But last night witnessed one of the most explosive episodes where fights and arguments were constantly on and Paras Chhabra was in the spotlight for his controversial decision.

Nevertheless, we know that Weekend Ka Vaar is already upon us and while we usually expect Salman Khan to school contestants on their performance in the week, this week Khan won't be shouting or screaming but still highlighting several points.

One important point that has already been the talk will be about how Jasmin Bhasin, on her return to the house has been immensely negative towards Rubina Dilaik where from telling all the ill things about her to Aly Goni to targeting her and then even getting into a massive fight with her, she has been totally at it with Dilaik on multiple instances.

This is exactly what Khan will also pinpoint and go on to ask Bhasin about what is her intention afterall. He will ask how she keeps telling that she doesn't hate her but still targets her and keeps saying things about her.

Whether or not Bhasin will have a plausible explanation for it, we will have to wait and see.

+ 2
2 months ago Finally, Jasmin needs to stop it and look in the mirror.

+ 5
2 months ago why use a national platform to give Jasmean a chance to repeat her negativity against Rubina? Have we not had enough of that every WKV?