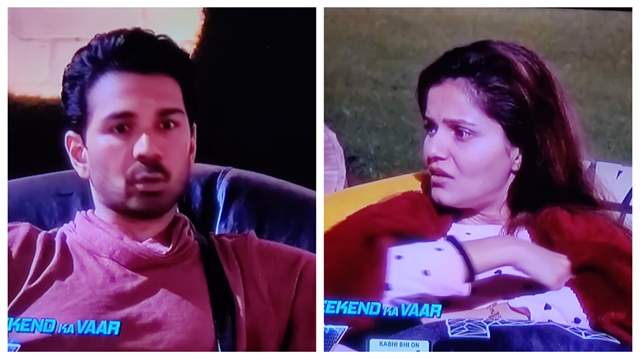 Bigg Boss 14 has also entered 2021 just like all of us and while this season has been a topsy-turvy ride in terms of entertaining content it continues to go on in one day or another.

This past Weekend Ka Vaar episode witnessed Salman Khan schooling the likes of Rubina Dilaik and Jasmin Bhasin on how they behaved throughout the week. Host Khan did give a reality check to these aforementioned housemates and it seems that hasn't entirely died down.

The recent precap showed that this matter continued and it will result in a massive clash between Dilaik and husband, Abhinav Shukla. Sitting in the garden area, Shukla kept telling Dilaik about the Rakhi Sawant saga and how even though Khan already slammed her, he (Shukla) kept telling her how back in the week he was also stopping them from doing it.

Dilaik, who seemingly was till distributed with the entire saga went on to ultimately lose her cool on Shukla and she even abused him with the f-word.

This will lead to Shukla telling Dilaik 'Don't use this Bigg Boss tone on me' and waking away. Ultimately, Dilaik will start sobbing uncontrollably.