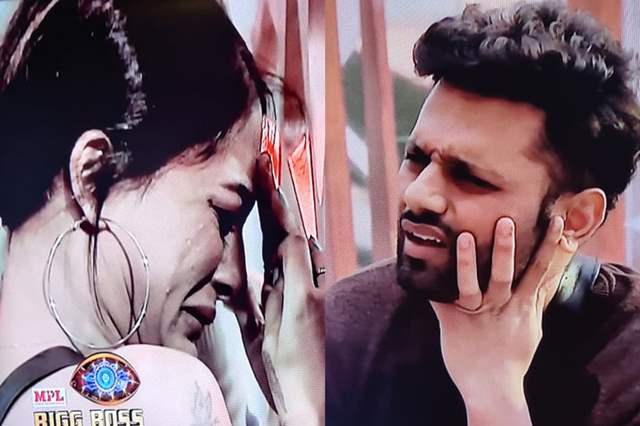 I don't think it would be unfair to say that tonight was indeed was one of the most disappointing episodes of Bigg Boss 14 and more so how the departure of seniors and the impact it has created can be seen in the show. Major part of the episode was about Eijaz Khan and Pavitra Punia's ugly fight which was on a stupid reason and the other half had Nikki Tamboli sulking on being 'betrayed.'

When it comes to tomorrow, we will see more developments. We know that Tamboli has broken a rule and entered the red zone which even Bigg Boss reprimanded. Jaan Sanu also followed. However, Nishant Malkhani, who is the current captain of the house has gone on to warn her multiple times as to how she will be marked on it and even punished for it if she doesn't come back into the the green zone,

Tamboli will be seen staying adamant on it and the precap also showed how Malkhani and others are probably locking Tamboli's belongings in the BB Mall as a punishment.

On the other hand, Pavitra Punia will somehow come to know that Rahul Vaidya made a comment on her as to how she seemingly has a crush on a Abhinav Shukla since day one and that it is obvious. While this did happen and Vaidya did say that, Punia will lose her cool on Vaidya and slam her for all the instances possible even questioning him on his thought process and audacity to make statements. Vaidya, on the other hand will keep saying that it is his wish as to what he says and later will also say that he is not sorry for what he said-