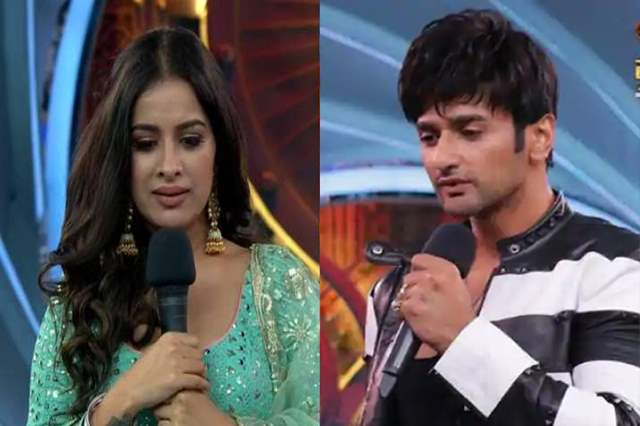 Only yesterday, after watching the first Weekend Ka Vaar episode of Bigg Boss 14, I mentioned how these episodes even if they don't have the Salman Khan-bashing-others thing going on but usually there are a lot of fun segments to enjoy. That was missing from last night but tonight's episode is indeed going to have that.

While we already know how Khan will be seen telling all the 10 contestants (sans Nikki Tamboli) to pack their bags and leave and there is a lot other things that will go around, one segment that might indeed be interesting will be the game segment of tagging.

Khan will ask the seniors Sidharth Shukla, Hina Khan and Gauahar Khan to give different tags to the fresher contestants where we have already seen how Rubina Dilaik will get the 'Most Disappointing' Tag thus leaving her emotional. But what you didn't know it about others. Nishant Malkani will be given the 'Most Fake' tag and upon being asked by host Khan for an explanation, Gauahar will say that she feels Malkani is a lost one. For instance, she will say how during the immunity task, she saw him going all guns blazing in the beginning but completely go off later and not even participate. So she wonders if he did the previous thing only for effect.

On other note, Sara Gurpal will be given the 'isme voh baat hi nahi' tag which means that this person doesn't have it in him/her. This will be given to Gurpal and when asked, Shukla will say that they haven't seen Gurpal make any impact as of yet and she doesn't seem to be effective.

Do you agree with seniors' picks? Leave in your comments below.

zee112 1 months ago I want to see more of Sara and Nishant. I think they could be good contestants if they r shown more, hope both go long in the game.