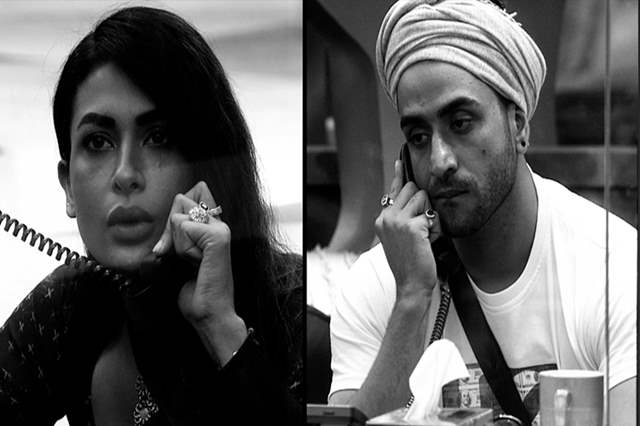 The festive season in the Bigg Boss house is made even more special with the introduction of a new housemate, actor Aly Goni. Jasmin, who is rather close to Aly becomes possessive about him right from the moment he enters the house! Aly is currently inside a glass enclosure and can only communicate with other housemates through an old-school phone. When Pavitra tries to have  a conversation with Aly, Jasmin flares up!

Pavitra and Aly are talking on the phone and Pavitra tells Aly that when Aly refers to her as a friend, she has some expectations from him. Jasmin gets irked about this and butts into their conversation. She gets angry at Pavitra for talking to Aly in bad tone. She is clearly hurt and feels like Pavitra is trying to get between Aly and her relationship. Pavitra takes on Jasmin and tells her that she also knows Aly and there is no need for Jasmin to get so possessive!

Later on, Rubina is seen fasting for Karwachauth for her hubby Abhinav and follows all the rasams. Abhinav gets very emotional about this and is seen constantly supporting her. He even sits down to design diyas for the evening when Rubina  breaks her fast. Bigg Boss decides to elevate this atmosphere of love and joy by giving Rubina all the things she needs to celebrate Karwachauth! She is clearly overwhelmed and breaks her fast with vows of always being together with her love, Abhinav. This has the entire house become overwhelmed with emotions and there are several ‘awwws’. Jasmin even blesses them by saying, ‘Doodho Nahao, Pooton Phalo!’ 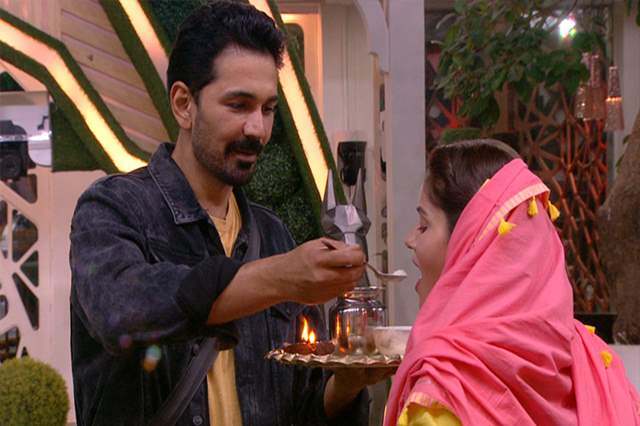 Will this wave of love continue in Bigg Boss? Will Rubina and Abhinav’s marriage face a tough task in the coming days? How will Jasmin and Pavitra’s relationship be affected with Aly’s sudden entry?