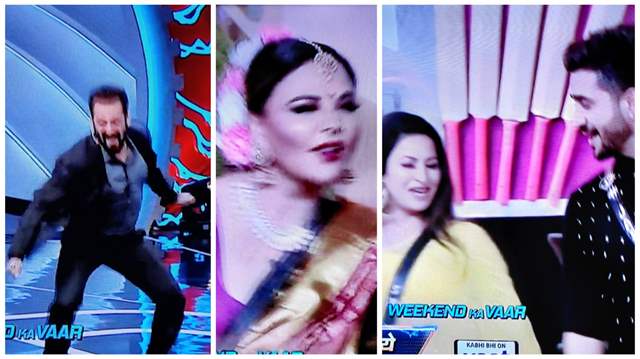 With Bigg Boss 14, it seldom happens that we don't have a fight or sheer madness to be talking about with a precap coming in. After a special Weekend Ka Vaar that had 'janta ke sawaal', tomorrow's episode will have some unexpected fun times.

There's going to be a lot of dancing, enjoying and a mini party of sorts where Rakhi Sawant, staying true to her entertainment quotient will be performing. She will dance on Vajle Ki Bara song and during that time, even the likes of Rahul Vaidya and Aly Goni who are actually at loggerheads with her, will join the fun and performance.

Post that even Salman Khan will join the fun from his own stage where Khan will be dancing on his own number.

Post that, a task will happen where housemates will be feeding spicy ladoos to other housemates with their own comments on the same.