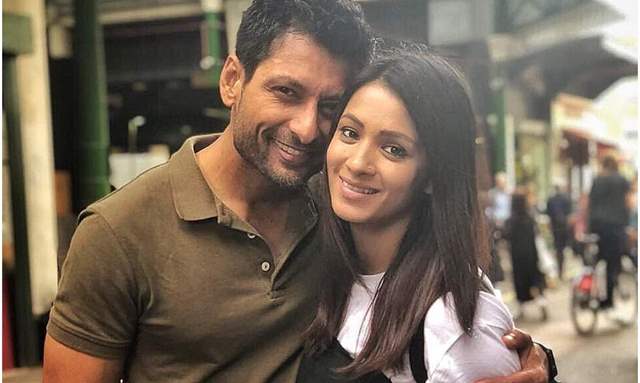 A month ago, there were reports about trouble in paradise for Barkha Bisht and Indraneil Sengupta as there were rumours about Indraneil’s allegedly having an affair with Bengali actress Ishaa Saha. Now, a month-and-a-half later, reports in BT have it that the two have taken a break and are living separately.

The report further stated that things have not been well between the two for the last 5 months and that Indraneil moved out of their apartment. He is currently staying in the same building with his parents. When the link-up rumours came out, it only made things worse for the two.

Barkha and Indraneil have been married for 13 years and have a 9-year-old daughter from the marriage, Meira. She is currently staying with Barkha. The report further added that the two have decided to take a break as of now and there is hope for the two to sort out their differences.

Earlier, Barkha had rubbished all the rumours of things being unwell earlier and said that the two are doing fine. Indraneil too, mentioned that the reports are mere rumours and that he is okay with such rumours popping because both him and Barkha have a long career ahead of them, and there is nothing he can do about such rumours.

Barkha Bisht Sengupta: Indraneil and I are very different types of ...

Choices is a satire on real-life psychological effects of lockdown on ...

+ 3
2 months ago I hope it's just a rumour.. But if true, Is it that hard for people to stay committed & loyal? I mean 13 years? You have child & you loved your wife.. But suddenly not anymore & need someone new?

+ 4
2 months ago They always seem so happy together. I think they are telling the truth that this is false news