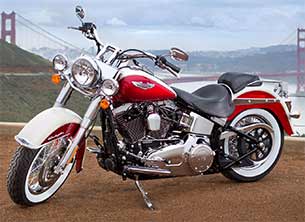 A Harley Davidson motorbike worth Rs.20 lakh has been specially designed for actor Balakrishna for his upcoming Telugu political drama tentatively titled "Legend".

"Balakrishna will be seen riding a Harley Davidson bike in one of the songs. It has been custom-made especially for the song and it cost the producers Rs.20 lakh. He (Balakrishna) also chose the colour of the bike as yellow for personal reasons," a source from the film's unit told IANS.

The film, being produced by Anil Sunkara, Ram Achanta and Gopichand Achanta, is currently being shot in Vishakhapatnam and is likely to release during Sankranti next year.

This is Boyapati and Balakrishna's second film after Telugu blockbuster "Simha".

Sonal Chauhan On Not Doing Bollywood after Jannat & Nepotism: I Almost ...

Fire erupts at NCB office building in Mumbai; No injuries ...
9 minutes ago