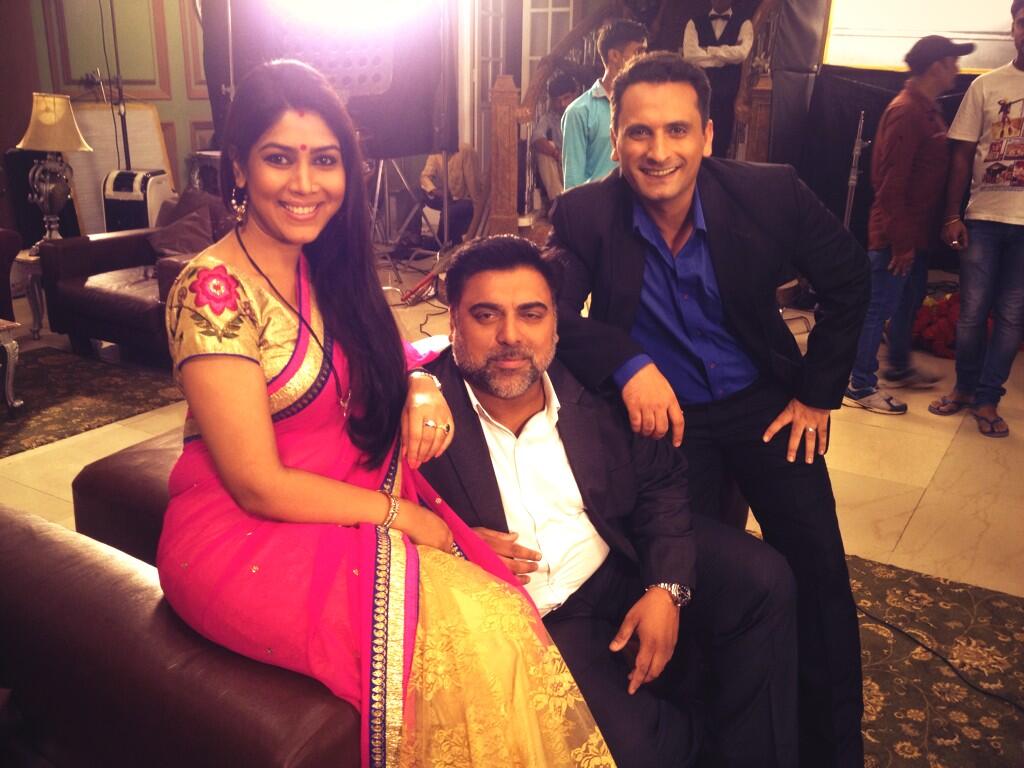 Balaji Telefilms' popular show Bade Acche Lagte Hai aired on Sony TV which was doing the rounds for going off air is finally making an exit. Yes, for the fans of the show there is a bad news due to its dipping numbers at the TRP chart. Also the reason to pull the plug on the show is Ram Kapoor's unavailability in the show due to his commitments.

The show recently completed its run of 3 years and has come a long way.

Couple of weeks back, we had reported about Ram Kapoor bidding adieu to the show Bade Acche Lagte Hai due to his commitments. So after his exit the show would lost its charm and the makers decided to pull it off rather than continuing without Ram. However, this mature love story of Ram (Ram Kapoor) and Priya (Saakshi Tanwar) was quite liked and appreciated by the audience. But it looks like that the show failed to impress the viewers with its storyline.

Actor Jai Kalra who is seen as Vikram in the show has tweeted about the show going off air he tweeted, "Last that memories #BALH an unforgettable chapter.. Will miss our camaraderie @ramkapoor1973 @TaranaRaja @sumona24 #Sakshi.

We know that it is a bad news for the loyal fans of the show, but we are sure that the channel has something nice and different in store for the viewers. So keep reading this space.


TellyBuzz wishes all the best to the entire team of Bade Acche Lagte Hai for their bright future!

Annthew 6 years ago Goodbye to one of the best onscreen Jodi-----RK& ST. U r the best, keep rocking.

nntthani 6 years ago I am really going to miss BALH very badly.i am really very much addicted to the show always looking for RAYA.to me BALH was the best show .LOVE YOU RAYA , my fav couple.

anjuaks 6 years ago its really a sad new that BALH is going off air .i feel that i am loosing my support.i will miss my RAYA. And the great friendship of ram,priya,neha and vikram.my heart having some pain when i am thinking of the ending of the serial.BALH was best serial i ever seen.any serials cant compete with BALH season 1.i will miss BALH.it was the best story i ever heard.it all looks so beautiful,yes mujhe bade acche lagte hain iss serial,sakshi mam,ram sir and whole balh members

yogicool1 6 years ago Sad news that this serial is going off the air. enjoyed all the charcters especially natashas charcter. . all the best for the entire bade ache lagte hai team. sakshi and ram were also very good and especially the small pihu.

bpatil3 6 years ago I m not liking this, I mean I was not prepared for this day at all, I m gonna miss whole of raya n sakshi.

iSakshi 6 years ago Its a very sad news for all raya fans, I will surely miss their jodi :( sakshi ufhhh will miss her the most.. ram i wish u didnt make this decision..there is nothing like ram and sakshi aka ram and priya no one can ever replace the spot i've for them in my heart... with all due respect i'd like to wish all the best to both of them.. they will be loved for lifetime to come

Madhumita_Mitra 6 years ago Best serial i ever seen in Tv.Ram is always hot favourite of me.Now Sakshi also enter in my list,and also Ekta Kapoor in my list. I love BALH a lot,but every good has a sweet end.Good bye BALH good bye RAYA,good bye joy.neha.sumana and all my IF friends.

veena23 6 years ago This is soo much hurting...dnt wnt to read this..even padha hi nhi..kabhi nhi socha tha ye padhne ko milega but it happen..crying from heart yar...dnt like this... :( :( :(

ILuvPrachiDesai 6 years ago I will miss this show...I'll miss everything about BALH. Sakshi and Ram ...

bpatil3 6 years ago some part of me is gooing away..
miss raya n sakshi always, luv u sakshi