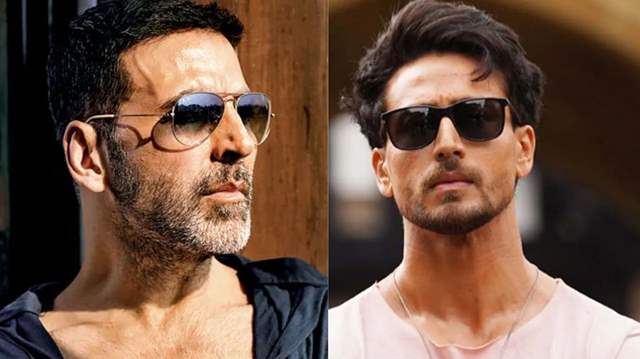 Over the past few weeks, there has been a lot of buzz surrounding Ali Abbas Zafar's action thriller Bade Miyan Chote Miyan. It is the first time that Akshay Kumar and Tiger Shroff will join hands for a project.

Earlier there were talks in the market that the film will get delayed due to some financial constraints, but now as per the latest reports it has been revealed that, everything seems to be in place and the film will go on floors by the year end. Over the previous two months, Ali Abbas Zafar has been laying the finishing details on his script and is now making strides forward by going on a location scout.

As per reports, in July, the director will travel to Europe for a month of recon, seeing new locations around the continent. Ali intends to film extensive action scenes with Akshay and Tiger in authentic European settings. Ali will be accompanied on the recce by a special stunt squad from Los Angeles. It'll be a one-of-a-kind tour, with the crew not only locking down locations but also working on crafting action scenes. It's a big-budget actioner, and Ali wants to kick things up a notch, the report concluded.

Bade Miyan Chote Miyan is also in the throes of casting process, with the two female leads on the edge of getting cast. According to current plans, Bade Miyan Chote Miyan will be released around Christmas 2023. This will be  Ali's first collaboration with Akshay and Tiger. The filmmaker has helmed blockbusters such as Sultan and Tiger Zinda Hai, and is currently preparing to unleash an action thriller starring Shahid Kapoor.

+ 14
3 months ago Khiladi is back with action movie after the disastrous biopics movie! Tiger is such a limited actor, never stepping out of his comfort zone!

+ 10
3 months ago Tiger seems to be either doing action or romance, he should explore more genre.

+ 12
3 months ago one more action movie from tiger lol