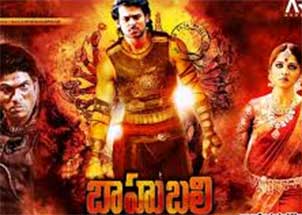 Magnum opus "Baahubali", slated to release next year, will be a "thrilling" experience for the audiences with some awe-inspiring visual effects pulled off by international technicians, says the film's director S.S Rajamouli.

"With never-before-seen budgets in Indian cinema, 'Baahubali' promises to be a thrilling experience for viewers, when it releases next year. The movie has some mammoth war sequences and internationally renowned VFX technicians are working on it," Rajamouli said in a statement.

"After a short summer break, the team is now getting ready for a period of intense activity. Special sets are being built simultaneously in Ramoji Film City and other areas of Annapurna Studios, under the supervision of National Award-winning production designer Sabu Cyril," he added.

"Rajamouli and team will travel to Bulgaria soon to shoot some important war sequences. It will be a short trip in the coming months. The regular shooting is expected to be completed by this year-end and the film is likely to release in April 2015," a source from the film's unit told IANS.

Recently, Tamannah joined the sets of "Baahubali", and she received a warm welcome.