View Profile
He would love to do commercial cinema, but at the same time Ayushmann Khurrana 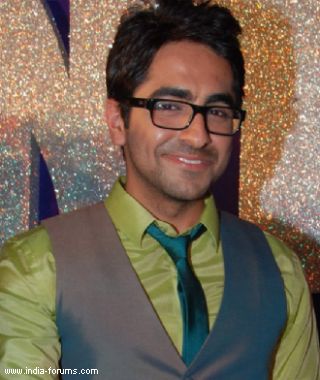 doesn't want to alienate himself from the "Vicky Donor" kind of movies. He feels viewers have matured and it is wiser to go with their choice.

"I am a huge Bollywood fan and I would love to do commercial cinema. I will do everything, like dancing around trees and saving the girl. But having said that, I would also love to do the kind of cinema that 'Vicky Donor' has created," Ayushmann, 27, told IANS in an interview here.

"I think it is a safer zone. People have become very mature these days. The Indian audience has changed, so lets go with the audiences," he added.

The actor has already signed John Abraham's next "Hamara Bajaj". The film about a struggling actor from Agra will go on the floor in December. He may sign another film with a well-known director soon.

His boy-next-door image in "Vicky Donor", which revolved around sperm donation, has earned him a lot of accolades and the VJ-turned-actor is enjoying the adulation.

"It feels really good, I was used to attention earlier but this is on a bigger level. The best part is that it was a gradual progression. I was popular in college as well and school, but now being on the big screen, it means a lot to me personally," said Ayushmann.

In the film, he plays a good-for-nothing guy who goes on to become a professional sperm donor.

"People knew that I have got a certain talent, but after 'Vicky Donor' success they have started respecting me more and at 27, if you gain respect that says a lot," said Ayushmann, who is set to host IIFA Rocks, a fashion and music night, to be held in Singapore as part of the 13th International Indian Film Academy (IIFA) weekend and awards from June 7-9.

"You can have a female fan following, people would find you cute...it happens. But if you gain respect at a farely young age, that means you have achieved a lot," he added.

It often happens that after the success of the first film, audience expects more and Ayushmann says he will be careful while choosing projects.

"You are actually right. From our first film, expectation was not that much...and responsibility was less. It is true that from the second film people expect more. I think, I have to be very careful," he said.

Ayushmann's entry into showbiz happened after he won the second season of MTV's adventure reality show "Roadies". Post that, he hosted MTV shows - "Pepsi MTV Wassup: The Voice of Youngistaan" and "Raodies" as well as "India's Got Talent" and "Just Dance" and became popular on telly.