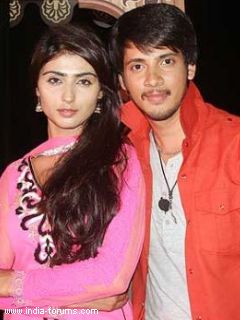 Telly town's popular actors Nikita Sharma and Ayaz Ahmed who are seen playing the leads in Nautanki Telefilms' popular show Do Dil Ek Jaan on Life OK, just escaped from a scary accident which took place a while ago on their sets.

Our source from the sets informed us, "Nikita and Ayaz were shooting on the roads of Film City in a jeep. Suddenly, a bus came in full speed and collided with the jeep in which Ayaz and Nikita were shooting. The jeep's glass got crashed in this accident but Ayaz and Nikita are perfectly fine."

When contacted Nikita, she confirmed the news saying, "It was a very scary accident. Our jeep, in which we were shooting, was hit by a bus which was coming in full speed. Thank God that nothing happened to both of us and we are safe."

Be safe and sound while shooting

nbw16 6 years ago Gonna miss you Ayaz Ahmed and Nikita Sharma... Do Dil Ek Jaan...
tc both of u

Amanda Seyfried Announces The Birth of Second Baby
33 minutes ago

NCB Dismisses Rhea's Claim of 'No Jurisdiction in Drugs ...
34 minutes ago