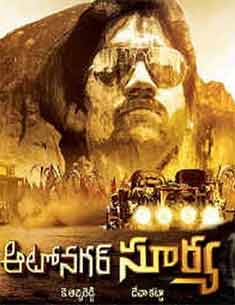 The shooting of Akkineni Naga Chaitanya-starrer Telugu action-drama "Autonagar Surya" has been wrapped up with the canning of a soon. The film will be ready for release soon.

"We recently shot a dance number featuring Chaitanya and actress Kimaya. With that song, we have completed shooting for the film and we will begin the post-production work in a few days. The audio launch is likely to take place in this month," the film's producer K. Atchi Reddy told IANS.

"The song was choreographed by Raju Sundaram, and this is first time that Chaitanya will be seen in a dance number," he said.

After Telugu blockbuster "Ye Maaya Chesave", this will be the second outing of Chaitanya and Samantha.