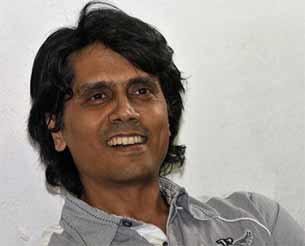 Filmmaker and actor Nagesh Kukunoor's latest film "Lakshmi", about human trafficking and child prostitution has garnered critics' appreciation. He says he strives to give the audience a choice in films as repetition can bore the audience.

Kukunoor is known for films as different as "Rockford", "Iqbal", "Dor" and "Mod".

"I have always been of the view that the audience should be given choices. If we make the same kind of films, the audience doesn't grow and they don't get to experience different things," he said here Monday at the NRI of the Year award function.

"I have always tried to tell those stories on which I have a perspective, and I go ahead and do that," he added.

The filmmaker had to work hard to get "Lakshmi" to theatres. He now wants to relax.

"Reaching the audience is a tough thing, especially small films, like it took 'Lakshmi' a year. I am very tired and now that it has released, I will take a few weeks' break and then think about my next film," Kukunoor said.

Meanwhile, the lead actress of "Lakshmi", singer Monali Thakur is very happy with the response to her first film as an actor.

"It feels amazing and out of the world. It is my first film and it is getting appreciated all over the world and not just our country is something that we are very proud of," she said.

"Lakshmi" was awarded the best film audience award for Best Narrative at the Palm Springs International Film Festival in January.