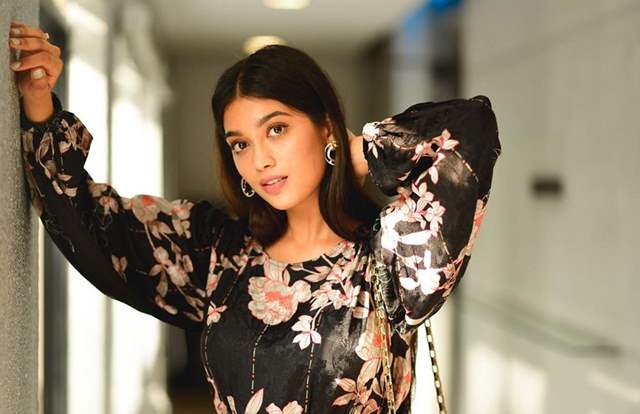 Actress Digangana Suryavanshi who redefines perfection through her talent and effortless performances on-screen recalls her childhood days when she was away from her family for over three months due to her shooting schedule. The actress who has been working since the age of 7 had struck a perfect balance in between her academics and professional pursuits and had set the perfect example of 'Where there's a will, there's a way'

While recalling her childhood days, Digangana says "I was happier onset than school."

The actress who wanted to be on the screen since she was a year and a half old bagged her first project at the age of 7. She further adds "After a few auditions, I was cast in a leading episodic show. My first day on the set was like a miracle, I loved being in front of the camera and was comfortable with dialogues and expressions. The director on set even complimented my work and called me a natural actor in front of my father" she says.

She adds, "I was working on a project where I was shooting outside the city, And was away from my family for over a stretch of three months". The actress has always extended her heartfelt gratitude towards her parents who played a massive role in her career and supported her throughout. Digangana is currently waiting to resume her shoot in August for the Telugu film Seetimaarr, where she’ll be seen starring opposite Gopichand.

Digangana Suryavanshi Could Have Been Stuck In Hyderabad Amid Lockdown ...