Bollywood movies have always had the spice of drama as the main ingredient. And this spice has always been the most sought out in Bollywood movies apart from all the singing and dancing. And truly, nothing defines the spice of drama than a well echoed slap scene. But then again, even slap scenes have variety to them. BollyCurry looks at some of the remarkable and memorable slap scenes of recent times and some classic favorites.

Raanjhanaa - Slaps For a Name 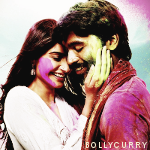 A young lover would do anything to get noticed in the eyes of his beloved. And this was demonstrated wonderfully in the Dhanush-Sonam Kapoor starrer Raanjhanaa, where a young Kundan (Dhanush) was more than willing to be slapped repeatedly by his beloved haughty Zoya (Sonam Kapoor) just so he could find out her name. The whole sequence where Kundan gets slapped again and again, but his smile never disappears, is both hilarious and touching at the same time.
Housefull - Monkey Slaps 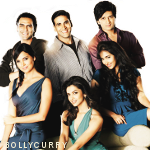 It's one thing to be slapped and hit by goons when the hero is saving his lady love but it's another thing completely to be slapped by a monkey. In the hilarious scene of the 2010's super hit movie, Sandy's (Deepika Padukone) phone gets stolen by a monkey and it's up to the unlucky and clumsy hero Aarush (Akshay Kumar) to get it back. A slapping match between a human and his ancestor occurs with the human ultimately winning. But the ancestor did get in some tight slaps which had the audience in splits.
Beta - A Slap for Money 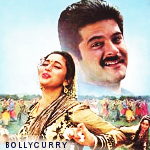 The 1992 blockbuster movie Beta had a very shocking slap scene which makes it all the more memorable. Laxmi (Aroona Irani) spends her whole life making sure that her step-son Raju (Anil Kapoor) never becomes self-dependent while her real son enjoys all the luxuries of all life. She realizes too late that her real son is a good for nothing slime when he hits at her refusal to sign over Raju's property to him. A true shocker moment for the audience and a real eye-opener for the character.
Dil Chahta Hai - A Slap That Puts A Rift In A Friendship 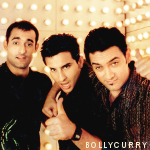 The cult movie does have its share of many memorable moments but the fight between Aakash (Aamir Khan) and Sid (Akshay Khanna) is one of the finest and defining moment of the story. Aakash finds out about Sid's love for an older divorced alcoholic woman (Dimple Kapadia) and comments in jest about it while hanging out with Sid and Sameer (Saif Ali Khan). Sid gets very offended at Aakash's insensitive remarks and ends up slapping him. A fight ensues between the friends which puts an end to their years of friendship and breaks their happy group of three.
Hum Dil De Chuke Sanam - Accidental Slap of Break-Up 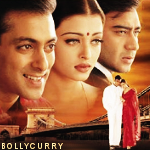 Hum Dil De Chuke Sanam is still remembered for many reasons, the cackling chemistry between Salman Khan and Aishwariya Rai Bachchan being one of the top reasons. Alas, like real life, the two didn't get a happy end in the movie. While sharing a stolen moment away from the prying eyes of everyone, Sameer (Salman Khan) tries getting all close and cozy with Nandini (Aishwarya Rai Bachchan) who doesn't appreciate his proximity and ends up slapping him to keep him away from her. She immediately regrets it but the damage is done.
Ishaqzaade - A Slap Full of Hatred 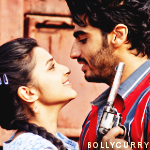 The 2012 movie had many slap scenes in it with everyone hitting everyone regardless of their position and gender. But the most iconic scene from the movie happens in the early first half of the movie when Parma (Arjun Kapoor) openly disrespects Zoya's (Parineeti Chopra) father by peeing on his campaign posters in their college. Zoya gets mad and slaps Parma in front of everyone to which he retaliates by pointing a gun to her forehead. Shocked hush all around, two sworn enemies looking at each other unblinkingly with a gun between them; this scene is truly an iconic scene of the recent times.
Dilwale Dulhania Le Jayenge - A Slap From An Angry Father 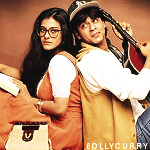 The most romantic movie of Bollywood by popularity had all the love and drama to make it so memorable. The near climax scene when Baldev (Amrish Puri) finds out about Raj (Shah Rukh Khan) and Simran's (Kajol Devgn) love, which blossomed on their Europe trip via a photograph and confronts Raj is a very powerful scene of the movie. Angry and feeling betrayed, Baldev openly hits Raj in front of his family and condemns him while Simran begs for him to stop. Raj takes the beating of the hurt father without retaliating in any way. He ends up giving up the love of his life for the honor of her father, making the audience cry at his sacrifice and turning this scene into one of the most memorable scenes of Bollywood.
These was just a tip of an iceberg list of some of the memorable slap scenes of Bollywood. No doubt, Bollywood movies are filled with many such scenes which leave a mark on the audience's heart. Use the comment box below and tells us about your personal favorite slap scene from any Bollywood movie.
Writer: Maisooma B.
Editors: Saraa K. and Hershi J.
Graphics: Marsh P.
Have a suggestion or comment for BollyCurry? Then drop us a PM at BC_Dropbox today!