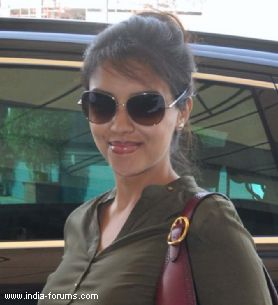 Actress Asin Thottumkal, whose last Hindi movie "Khiladi 786 - Made in Punjab" came out in 2012, is currently shooting for her upcoming film "All Is Well" in Shimla, Himachal Pradesh.

When asked about her visit to Shimla, she told IANS: "Yes, early in the morning. It is for 'All Is Well'. It's little early to talk about the film as the schedule is on right now."

The film is directed by Umesh Shukla.

Asin, who acted as Abhishek Bachchan's sister in "Bol Bachchan", will again share screen space with the actor and she doesn't mind working with the same people again.

"I am happy that people whom I have worked with actually want to work with me again. I see it as a good thing. I've never had any problem with my co-stars whether it's male or female," said the Avon India brand ambassador, who has worked with actors like Ajay Devgn, Akshay Kumar and Salman Khan more than once.

Apart from shooting for a new film, the "Ghajini" fame actress is also pumped up about her first tweet.