View Profile
Sultry siren Priyanka Chopra has been on an award roll this year.

Piggy Chops has won the 'Best Actress in a Lead Role' award at all the leading award functions this year. Her career is at its peak with the audience and critics applauding her work in 'Fashion'. 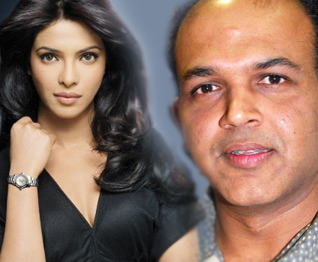 Recently, on the IIFA stage Ashu said that he thought Aishwarya Rai deserved the Best Actress award for his film 'Jodha Akbar' more than Priyanka did for 'Fashion'. To make things worse, he added that Jaya Bachchan agreed with his sentiments.
After that, our dear Piggy Chops got really upset and was not at all pleased with the director, with whom she is currently working on the project 'What's your Rashee?'.

According to rumor mills, Ashu and Priyanka have now patched up as they are really fond of each other and there is no enmity between them.
In fact, Gowariker in an attempt to make up for his comments, has offered Priyanka 12 songs in his upcoming film 'What's your Rashee?'. Although, inside sources reveal that the 12 songs were already in the plan and Ashu has in no way gone out of his way to apologize to Priyanka.

Well perhaps the saying is true after all.....'There are no permanent enemies or friends in the industry'.