View Profile
Ending all speculations, Bollywood queen Aishwarya Rai Bachchan has been chosen to star opposite Tamil superstar Rajinikanth in director Shankar’s forthcoming science fiction project titled ‘Robot’. Earlier, there were speculations that Shankar, who had made the runaway Tamil hit ‘Shivaji – The 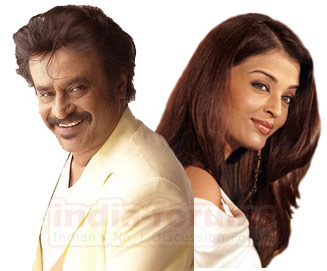 Rumors were rife that Shankar had approached Deepika for the role, but was aghast at the fees charged by the newcomer. Sources said that he was also considering Nayanthara to act opposite Rajnikanth in the film. However, the speculations have died following Aishwarya’s confession that she has been offered the role and she is very excited over it. It may be mentioned here that the former Miss World had earlier acted in Shankar’s ‘Jeans’ in 1998.

According to Aishwarya, work on the film’s schedule has begun and the filmmakers are trying to accommodate her dates for the shooting. She said that there had been so many offers in the past that tried to bring her and Shankar together and she hopes this works out fine.

In addition to ‘Robot’, Aishwarya has also been offered two international projects ‘Bhopal Movie’, a film based on the 1984 Bhopal gas tragedy, and Sir Ben Kingsley's ‘Shah Jahan’. So, while the former Miss World became the Bachchan bahu in year 2007, with big projects and banners coming her way, even 2008 promises to be a great year for her professionally!