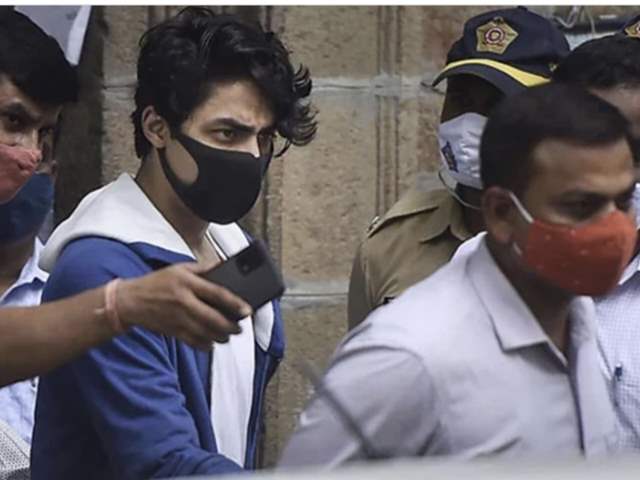 According to a new update from the Narcotics Control Bureau in the Mumbai Cruise Ship drugs bust case, Shah Rukh Khan's son Aryan Khan's bail hearing has been rescheduled for October 13, Wednesday.

The lower court sentenced Aryan, along with Arbaaz Merchant and others arrested during the Cruise Ship raid on October 2, to 14 days in judicial custody. Aryan's lawyer applied for bail in the Sessions Court after the lower Court denied his interim bail request on Friday.

According to ANI, "a special NDPS court in Mumbai will hear accused Aryan Khan and others' bail pleas on Wednesday." Satish Maneshinde and Advocate Amit Desai appeared before the Special NDPS Court on Monday and requested that the matter in Aryan's case be adjourned for an urgent hearing. Arbaaz Merchant also requested bail.

The NCB's lawyer asked for an extension until Thursday to file their responses. Maneshinde and Desai, on the other hand, requested an expedited hearing. Following a hearing of NCB's lawyer's request and Aryan's legal side's appeal, Additional Sessions Judge VV Patil scheduled a bail plea hearing for Wednesday.

According to the NCB panchnama, which was accessed by India Today, Aryan and Arbaaz admitted to using drugs. According to the report, Arbaaz was carrying Charas in his shoes when NCB officials stopped them to question him, and when they asked him about it, he took it out and showed it to them. After being brought to the NCB office for questioning, both of them, along with Munmun Dhamecha and others, were arrested under the provisions of the NDPS Act 1985.

Aryan was transferred to Arthur Road jail on Friday after the Court ordered him to be held in judicial custody. According to reports, he was supposed to spend 3-5 days in the Jail's quarantine cell with Arbaaz and other people arrested in the case.

+ 7
1 months ago I was all for teaching anyone a lesson who does wrong and Aryan Khan should be no exception for being a rich kid, but denying a person due process just to make a point against Shahrukh Khan is petty. And it is a violation of human rights. You cannot hold a person in jail without bail like this for a small offense. If the current government is doing what the random agents in the case suggest, they are going against their own Parliamentary rules. This is prejudiced and Shahrukh should take the agents to court and sue them to high heavens. He needs to file a case against the police and courts for violating the due process of his son, a citizen in a modern democracy. Dr. Ambedkar did not write this constitution so that it can be used to host religious prejudices. No political party is above the constitution. The world is watching.