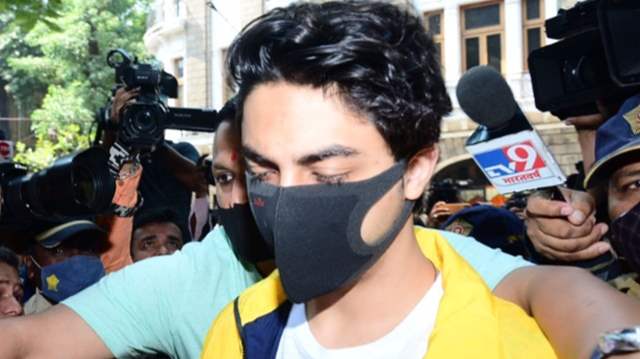 All the documents related to the case have been handed over to the SIT, which is supervised by Sanjay Kumar Singh, Deputy Director-General of the NCB headquarters in Delhi.

The SIT on Sunday summoned actor Shah Rukh Khan’s son Aryan and other accused in the cruise drugs bust case.

While SRK's son failed to appear before the SIT citing “slight fever”, his friend Arbaaz Merchant and co-accused Achit Kumar arrived at the NCB office and were quizzed for several hours.

According to sources Aryan is expected to appear before the SIT in a day or two.

“We are issuing summons to all the accused and people concerned in the six drug cases that are now being probed by the SIT".

The SIT, which was formed on Friday, arrived in Mumbai on Saturday. Singh was present at the NCB’s Ballard Estate office on Sunday.

Merchant came in the morning to give his statement while Kumar arrived in the afternoon.

ANI reported that Prabhakar Sail, a witness in the case who claimed that a deal of Rs 18 crore was made for Aryan’s release, was summoned at 2pm on Monday.

Earlier on October 30, Sail failed to appear before the team to record his statement, an official said.

ACP Milind Khetle, who heads the SIT set up to probe allegations of extortion against NCB officials in connection with the alleged cruise drug bust, will record Patil’s statement.