Relationships are much like the walls of a mansion - no matter the type, they must be built on strong foundations and withstand the tests of or against time and such relationships are the ones that families are sheltered by. Over the years, Bollywood has provided us with a variety of films that showcase the power of different relationships, and how they are appreciated in their many forms. Abiding by the theme of relationships this month of September, BollyCurry has put together a list of some of those movies that highlight the importance of appreciating the bonds we share with the people around us. 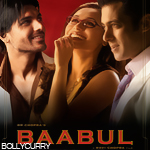 Ravi Chopra's Baabul narrates the fascinating story of Avinash (Salman Khan), who has just returned from the US of A, and his parents, Balraj and Pooja (Amitabh Bachchan and Hema Malini). When Avinash falls in love with Malvika (Rani Mukerjee), his parents encourage their marriage, and they are soon blessed with a handsome baby boy. However, tragedy strikes a few years after marriage when Avinash passes away on his way home to celebrate his son's birthday. His family is left to mourn his passing, and his father decides to fulfil his son's wish that he accept his daughter-in-law as his daughter, and get her remarried to someone who loves her. Despite the fact that society and even his family members standing against him, he keeps to his word, and gets Malvika remarried so that she can live her life again. Baabul depicts that strong relationships are not simply between lovers, but also between a father-in-law and his daughter-in-law, especially when he accepts her as his daughter, and does everything a father would do to keep his baby doll happy. 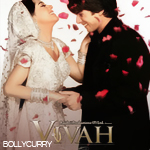 Starring Shahid Kapoor and Amirta Rao in lead roles, easy-going family man Prem and traditionally cultured Poonam, Vivaah takes the viewers on a journey from engagement to marriage. Two young adults agree to marriage when the talk of an alliance between them begins, and their families decide to take a vacation and get to know each other better. Love blooms between the couple, and they begin to count down the days to when they will finally tie their lives together in the sacred bonds of marriage. Things go sideways on the wedding day however, as a fire starts and Poonam is badly wounded after saving her sister from harm. The doctors tell her that no one will want to marry such a scarred individual, with burns all over her body apart her face, yet Prem is not deterred from his lady love. He applies sindoor to her parting right at the auspicious moment they were meant to be married, making Poonam his wife, his responsibility, and all that he loves. The viewers are also treated to a grand wedding celebration at the end of the film, and are shown a relationship whereby love and faith is tested, but perseveres. The film is about finding the one who will be there through thick and thin, even when the going gets rough.
We Are Family 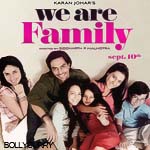 Even though Maya (Kajol Devgn) and Aman (Arjun Rampal) are divorced, they manage to amicably live under one roof for their three kids. When Aman introduces his girlfriend Shreya (Kareena Kapoor) to the family, things go haywire. The kids refuse to accept Shreya as part of their lives, and are ready to do just about anything to make her leave. But when Maya is diagnosed with cancer, Shreya is forced to move in for the other woman's sake. Maya becomes critical, and is left with only a few days to live, and Shreya becomes a part of the family, learning how to tend to everyone. In the end, Maya bequeaths guardianship of her children to Shreya, and they all learn that sometimes, family is the most important thing, and a step-mother is not always necessarily evil, but can love just as much as a birth mother. We Are Family shows that families are not necessarily the same all around, and blood is not the be all end all, but love is what binds everyone together. 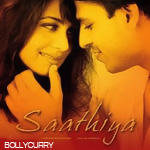 The Yash Raj Films' production Saathiya begins with Aditya (Vivek Oberoi) searching frantically for his wife, before flashing back to their first meeting where he falls head over heels in love with Suhani (Rani Mukerjee). It takes some time, but they finally admit their love to each other. However, Aditya's rich lifestyle and Suhani's middle class lifestyle do not mesh, and their families do not approve, forcing them to elope and live separately until their secret comes out. All is well at first until a misunderstanding emerges between the two and Suhani suspects Aditya is having an affair. The two fight, and Suhani leaves the house. Aditya waits for her at home, hoping to patch thing up, but little does he know that she has been in an accident. He realizes something is wrong and begins to look for her frantically. The couple finally reunite in the hospital after hours of separation, and realise they cannot live without the other. The film showcases how love can remain even through various ups and downs, and sometimes losing the other half even for a little while helps lovers appreciate what they have. 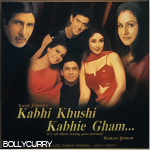 There is no other film that quite matches up to Karan Johar's Kabhi Khushi Kabhie Gham... The film revolves around the affluent Raichand family, who abide by certain rules and norms that cannot be broken, like the schools they go to or the people they marry. However, when eldest son Rahul (Shah Rukh Khan) meets and falls in love with the bubbly Anjali (Kajol Devgn), he finds himself caught between his heart and his responsibilities to his family. His parents wish for him to marry family friend Naina (Rani Mukerjee), and Rahul promises his father (Amitabh Bachchan) that he will do whatever he is told. Finding out Anjali's father has passed away changes his mind, and he immediately marries her so that she and her sister would have a family. His father refuses to acknowledge him, and throws him out of the house, an order he obeys even though his mother breaks down into tears. Ten years later, his younger brother Rohan (Hrithik Roshan) unearths the entire story from his grandmothers and vows to reunite his family. He searches for his brother, and finds a partner-in-crime in Anjali's younger sister and his own childhood friend cum enemy, Pooja (Kareena Kapoor). The film is all about how the bonds of love between family transcend even the biggest of fights. Elders should never be disrespected or disobeyed, yes, but separations can make even the biggest transgressions seem small. No matter how far apart family may be, the relationships must always be respected and worshipped.

Relationships are formed every day, in every walk of life as we meet different people. Staying true to and appreciating these relationships can be difficult, but ultimately also worth it. These movies show us that people are willing to go to many lengths for their loved ones, knowing just what these bonds are worth. What are some of your favourite relationship-based movies?
Writer: Amanda H.
Editors: Aradhna K. and Sonia R.
Graphics: Shikha A.
Have a suggestion or comment for BollyCurry? Then drop us a PM at BC_Dropbox today!
0 Likes