View Profile
Lately there have been talks of the successful actress Anushka Sharma being a bit too much of a diva! Apparently, her 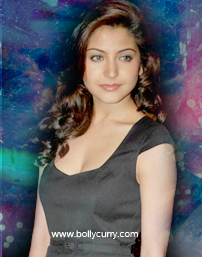 ego has inflated a bit after the stupendous success of her previous films with the audience.
A recent issue has even led to a fellow actress complaining about how high Anushka believes herself to be in the world of Bollywood. Usually while a cinematographer is setting up for lighting, the actor in the frame has to stand under the light so that the angle and amount of light projected can be perfected. Well, at the sets of Ladies Vs Ricky Bahl, Anushka had better things to do and thinks that such a thing is a waste of time for her and has her assistant stand under the light. The assistant was the same height as Anushka, but the problem is that each individual requires a different amount and angle of light to highlight their best features!.
Because of such behaviors, her co-stars are laughing at her ignorance and flighty attitude!
All we have to say is that be careful dear Anushka, because 'Pride goeth before a fall'!