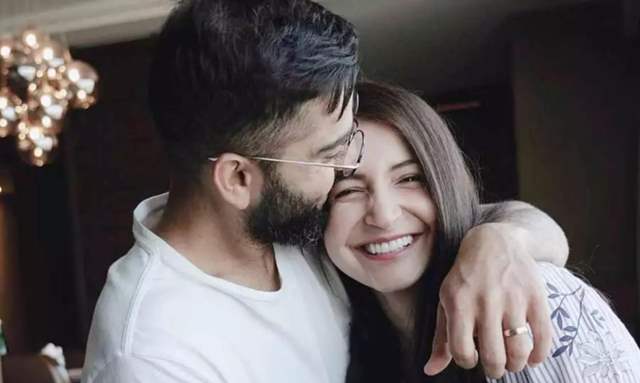 Anushka Sharma and Virat Kohli sent the fan clubs into a tizzy as an adorable BTS picture of them went viral. In the picture, the couple can be seen goofing around in a throwback picture shared by one of their fan clubs on Instagram.

The behind-the-scenes photo was taken when the couple shot for a clothing brand ad in 2018.

The picture featured Virat Kohli sticking his tongue out at Anushka Sharma, who could not stop blushing. In the ad, which came out in 2018, Virat and Anushka initially dissuaded a couple from getting married.

Meanwhile, Anushka is currently in the UK with Virat and their daughter Vamika. She accompanied him to Southampton for the World Test Championship (WTC) final in June. She has been constantly sharing pictures from her trip with fans, from the ‘English summer’ to her meals and workout.

Earlier this month, Anushka shared a split-screen video, featuring her and Virat expertly balancing a cricket bat on the tip of their finger.

Her caption read: “I had fun doing the TakaTak #BatBalance challenge with @virat.kohli!

Anushka had set an example with her maternity style and fitness during her pregnancy. The actress recently decided to put up her maternity clothes on sale for a good cause.

2 months ago "The picture featured Virat Kohli sticking his tongue out at Anushka Sharma, who could not stop blushing"Thank you very much for sharing this epic moment with us.P.S let them enjoy their family time freely and spare us from this types of articles.we all love virushka as a couple or individual but these types of articles made our mood sour.