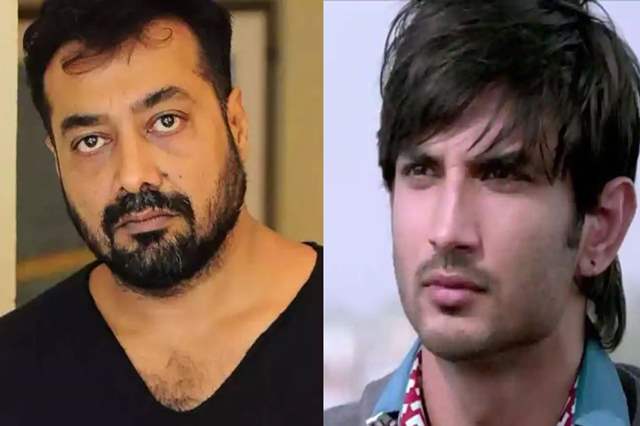 The debate surrounding Sushant Singh Rajput indeed continues to be the topic of conversation even today. It has been over a month since Rajput passed away and from an array of conspiracy theories to apparent appeals for justice, every other topic is surrounding this saga.

As known, actor Kangana Ranaut is actively involved in this equation and in the process, has invited a mixture of support and wrath from all aspects of society. Apart from her, one person who is knowingly or unknowingly a part of this conversation is Anurag Kashyap.

Kashyap has been against Ranaut's claims and talking several things but in a recent interview with NDTV, he opened up on a side not many knew about. The whole debate about Karan Johar being the flagbearer of nepotism has been apparent and giving a different side to this talking about Rajput's own choices of films, he said, "Sushant was already working in Kai Po Che and signed on for PK where he was working with Mukesh Chhabra (casting director) from my office. At that time, he was going to start with Phantom. That time we started the film, Hasee Toh Phasee with Sushant as the lead. And then, we went to Parineeti who was handled by YRF. We told Parineeti that this (Sushant) is the actor who already has Kai Po Che and PK. Then he went on to talk with YRF where YRF called Sushant and gave him a deal that we will sign you up, and you do Shuddh Desi Romance. Sushant then dropped Hasee Toh Phasee and signed on for Shuddh Desi.."

He added, "He (Sushant) dropped out of a film of an outsider because he wanted the validation from YRF (Yash Raj Films)." He also however said, "I am not holding grudges as we went on to make Hasse Toh with Siddharth Malhotra."

Further, he mentioned another instance saying, "Years later, Mukesh had gone to him saying Anurag has written a script and is looking for an actor who is a star based out of UP. Sushant had the script and at that time Dhoni released. The film became a super hit and he never called me back."

He concluded the topic saying, "I am not upset but just saying that this is the validation that outsiders seek who come in the industry."

RapChick101 2 months ago Funny that hasee toh phasee was a dharma project too. Oh and if Kareena kapoor can reject dozens of movies like ram Leela and not be hanged to death for it, then I believe everyone, all outsiders and ones like Sushant who are supremely talented, should be given the same privilege, right!

mytinypaintings 2 months ago My issue is not that he was taken out of the movies or he left projects. My issue is with why were there a barrage of false blinds on him. In one of the blinds the writer went on to mock his generosity for Kerala floods. Why? Why his character assasination.