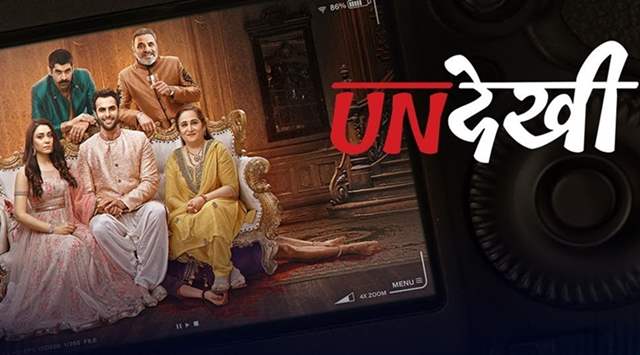 Directer Ashish R. Shukla who was creative head in Dev D has directed films like  Prague,  his upcoming Sanjay Mishra starer Bahut hua Sammaan and SonyLiv series Undekhi which is streaming  now and getting an overwhelming response from all over.

On sharing his joy over getting great response he says,

"It's still feeling like a dream. I woke-up with with message of Anurag congratulating me. Then we spoke on phone for about half and hour regarding the show and how proud he felt to see my show and we spoke on performances to direction everything. I started with him 13 years back on Dev.D and waited for this day since then. Then many other senior actors and directors like Gajraj Rao, Rajkummar Rao, Saurabh Shukla, Arvind Babbal, Sanjay Mishra, Vinay Pathak whom I immensely respect and look forward to, messaged/called and the phone isn't stopping to buzz still. Touchwood. I hope it'll help curbing my self doubt and motivate me to do better. Also thanks to each and everyone who has been part of this journey and everyone who loved the show and calling, messaging me. I'll be forever indebted to the makers, Siddharth Sengupta, Jyoti Sagar, Astha Arora and Sanjay Reddy for this with respect and gratitude. And thanks a lot to Applause Entertainment and SonyLiv to back it. Thank you world."

Did Natasa and Hardik Accidentally Reveal Their Baby Boy’s ...
53 minutes ago