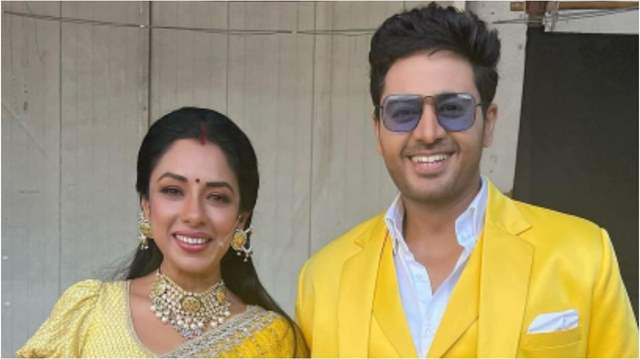 Star Plus show ‘Anupamaa’ is gearing up for an interesting episode. The current track of the show revolves around major tension between Shah and Kapadiya families because of Pakhi and Adhik’s growing friendship. Vanraj has misunderstood Anupamaa and feels that she is trying to bring Pakhi and Adhik closer while she should be giving a piece of her mind to both. Anu tries to explain to Vanraj but he gets adamant and doesn’t trust Anu’s words.

Recently, it was revealed that Adhik has an ulterior motive behind increasing his bond with Pakhi. Adhik wants to use Pakhi in a way that Anu gives up on the signing authority of the Kapadiya empire and give it to Barkha.

Now, India Forums brings to you an interesting exclusive update about the show. In the forthcoming episodes, Anuj gets to know about Ankush and Barkha’s truth and he gets shocked to learn about the same. In the forthcoming episodes, Chandelier crashes on Anu and Anuj. Anuj makes Anu promise she will never give up her signing authority to anyone else.

Furthermore, Anu and Anuj hear that choti Anu will soon be a part of their lives. They are ready to wait and welcome her wholeheartedly.

+ 8
2 months ago dont die on us bae. not until i know you have signed a new show first.

2 months ago Are they killing Anuj now?