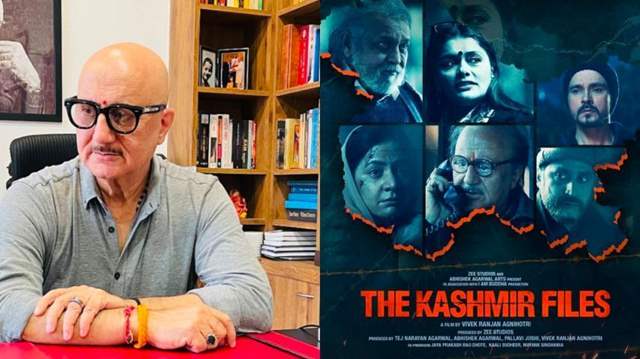 Vivek Agnihotri’s ‘The Kashmir Files’, which was released in March this year, sparked many debates, made many headlines, and broke several records at the box office. It brought a wave of attention not only in India but also the film garnered praise from all around the globe.

As the film is now all set to be premiered on an OTT platform, Anupam Kher took to his Instagram handle to slam people who are calling the sad tragedy ‘a lie’.

In the video, Anupam Kher said that whoever has watched the film, received a glimpse of the trauma faced by the Kashmiris along with the atrocities faced by the women residing in Kashmir. He further mentioned that the film received immense love and praise in India and outside India

‘Your appreciation,, support and empathy for #TheKashmirFiles meant that you embraced the pain and tragedy of 5 lakh #KashmiriHindus who went through genocide and became refugees in their own country. A section of heartless people are still calling this sad tragedy a lie.’

The actor also went to slam people who were calling this tragedy a lie for over 32 years. He further shed light on another Kashmir pandit Rahul Bhatt, who was shot dead on May 12.

The actor then concluded the video by requesting people to watch the film to understand what was happening in the country with the citizens.