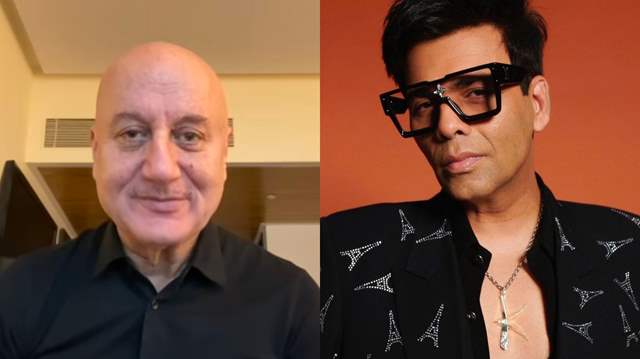 Bollywood actor Anupam Kher is just unstoppable. As they rightly say age is just a number the actor is busy proving the same with his films. Recently, Kher opened up about his equation with popular filmmakers Karan Johar and Sajid Nadiadwala. Kher highlighted that he is not doing any of the films produced or directed by any of these mainstream filmmakers and is not blaming them for the same.

He further said that he does miss the times he collaborated with these popular filmmakers for work and questions himself as to why has the scenario changed to date. "I'm troubled to learn why these well-known directors decide not to include me in their movies. But I don't hold any resentment or complaints against them. As an actor, I'm rediscovering myself.,”

Kher was recently seen in a cameo role in Nikhil Siddhartha's Karthikeya 2. The Tamil film is a mystery adventure film written and directed by Chandoo Mondeti. Anupam's upcoming films include Sooraj Barjatya’s Uunchai, which also stars Amitabh Bachchan, Boman Irani, and Parineeti Chopra. He will also be seen as Jayaprakash Narayan in Kangana Ranaut’s Emergency.

Nadurthi 3 months ago Dude karthikeya2 is a telugu film