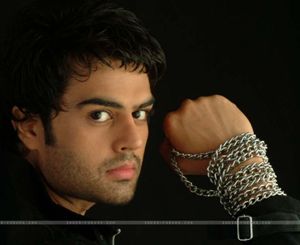 Zee TV's Star Ya Rockstar bids adieu to another contestant this week. After being saved from the sword repeatedly, Manish Paul was not successful in impressing the audience and was eliminated from the show this week.
According to our source, "Manish Paul who has always given consistent performances throughout the show had some bad luck yesterday as he was eliminated from the show. Chhavi Mittal and Sachin Pilgaonkar were in the bottom three with Manish. This week Mika Singh was the celebrity guest in the show."

We tried contacting Manish Paul and Chhavi Mittal, but they remained unavailable for comments.

Let us see how the show progresses as the competition gets tougher.

irene_c 8 years ago Bummer dude. Totally watched the show cuz of his antics and comedic timing. Hope u come back as a co host Manishh!!

meenakshi_16 8 years ago Not shocked from the eviction of Manish Paul as its fair enough to other contestants..at this stage he was the weakest when compared to others , so for me its a right decision. He was good , added comedy element to the show...
Happy for Ragini,as she is safe.

NiViren-Raj 8 years ago i fail to understand how these shows work... the show will be aired the coming weekend ... then how come the elimination has already taken place ...

justprati 8 years ago oh i like this guy sad that he's eliminated...praying for mansi coz she's d best n i want her to stay in d show till d end n win d contest...luv u mansi

-Rimsha-sizzles 8 years ago Awww That's Sad...now the show will be boring without his comedy...
Please Guys vote for Ragini Khanna...

mandy0310 8 years ago Manish was one of the best, sad to see him eliminated. I'm still shocked about Vikas elimination too!!

I think Manasi will win, she's the best

EXOL 8 years ago manasi is the best and i dont want to comment abt a nasal singer..will miss u manish

raspberrytorte 8 years ago Aw so sorry. Ragini is the best though! :D

R.A.J 8 years ago All d ones lft r kinda gud, bt koi tho eliminate hoga hi. Wtever b it Manasi deserves to win