Returning to television after a year long hiatus, Annu Kapur has been chosen as the anchor and host of the brand new musical extravaganza from NDTV Imagine, Junoon… Kuchh Kar Dikhaane Ka.

Featured Video
Produced by Gajendra Singh’s Saibaba Telefilms, Junoon is an exclusive new show that taps into the country’s passion for good music, playing out an exciting contest to decide the country’s most popular genre of music, namely Folk, Sufi, and Filmy Music! Each team will have 6 contestants and will be mentored by an eminent personalities from the music industry, namely, Ustad Rahat Fateh Ali Khan for the Sufi Team, Ila Arun for the Folk Team and Anand Raj Anand for the Filmy Team. In this show, the audience will be voting for a genre of music and not for individual singers.

Accepting his new role on TV, Annu Kapur said, “It’s great to be back with something new… something fresh. Most music based shows today focus mainly on Hindi film music but with Junoon all that will change. We will present refreshingly different aspects of music to Indian audiences and I am very excited to be a part of this new show. While this is my debut on NDTV Imagine, I have been associated with Gajendra Singh for a long time and this unit is like family to me! I’m sure together, we will create a show that’s truly magical.”

Every week, the participants from all the teams will perform a song from their respective genres. The elimination process will be based on the performances wherein, viewers will vote for their most favorite genre. Once the votes are tallied every week, the weakest genre will be identified and the mentor from that genre will then eliminate one of the contestants from his/her team.

Junoon… Kuchh Kar Dikhaane Ka on NDTV Imagine, promises to be a fresh and unique musical entertainer. Tune in this June and catch all the excitement, only on NDTV Imagine! 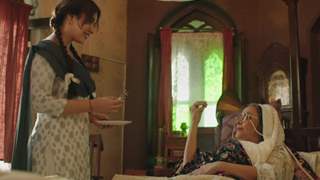 + 4
13 years ago no offense to this guy.. but gosh indian tv industry has nuthin better to do than telecast reality showz now :S ...excessive saas bahu showz were bad nuff as it is noe a zillion reality showz too