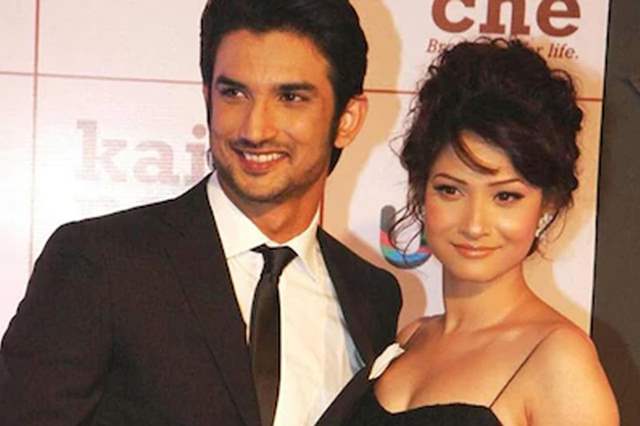 Just when we would imagine that the developments surrounding Sushant Singh Rajput's saga, it continues to get murkier with every passing day. The actor's suicide case has become the talking point in the national media and murky details are revealing. Family and friends have been seeking justice for the actor. Sushant Singh Rajput's ex-girlfriend Ankita Lokhande has been a strong support to the actor's family post his sudden demise.

Sushant Singh Rajput's father recently filed a case against Rhea Chakraborty and according to the reports in Mumbai Mirror, a Bihar police team of seven arrived in Mumbai in connection with Sushant's suicide case. Now, the latest reports state that the team is also likely to record the statement of Ankita Lokhande. Sushant and Ankita reconnected when the latter’s film Manikarnika was supposed to be released. It was then Sushant that he had confided in her that he was being harassed by Rhea. He also spoke about wanting to end the relationship but was getting blackmailed by her.

Lokhande has even shared the chat with Bihar Police and she might record her statement today.

And now, in an at-length interview with Republic, Lokhande has opened up on the entire saga. When asked about the whole depression narrative surrounding Rajput, she said,  "It's a very wrong word to use for Sushant. Again I want to say this, I have seen this man working so hard for himself. He used to do theatre first, then plays, then he used to do serials. He was one of the biggest stars on TV. He left Pavitra Rishta right when it was on its peak. TV is a big industry and he left it when he was the biggest. He left it because he wanted to do something else. He tried films, he got into films. After all this, people are saying he was depressed? He waited for 3 years for a break in films. I told him to leave Pavitra Rishta, just give time to yourself. He waited for that one break for three years. Everyone doesn't have this patience but he waited for three years."

When asked about all his money being taken and if that being the reason he would kill himself, she said,  "I want to tell you this. Money was a small thing for Sushant passion was bigger. He used to always tell me even if everything is over I will build my empire again, I will work hard once again. He was passionate about work but more passionate about life. He used to do everything with passion. He was first a background dancer with Shiamak. He always used to say, 'Success aur failure ke beech line hoti hai, Dhoni was like that and I want to be like that.' He used to say when there was a failure Dhoni is calm and if anything is good he still used to be calm. He said if there was a failure he will bounce back. He used to find happiness in small things. He used to provide education to kids, stargaze, this was his happiness. But he cannot die for this. He cannot die for this."

What do you think about the whole thing? Leave in your comments below.

RapChick101 15 days ago I absolutely love what Ankita said about Sushant Singh Rajput because it is not just beautiful but also reflects a lot of reality of who he was as a person. I really hope justice does prevail because some people need to be served and how for taking a beautiful life away from us.

LoLo 15 days ago Only Sushant knows why he took his own life. Suicide sadly always leaves more questions than answers. Those left behind cannot deal with the profound loss, so they have to blame something, someone. There could have been a lot going on in this poor man’s life, but people commit suicide when they want the pain to stop. Whatever pain that is, only they know. It’s just so sad that people seemed to have exploited him before and now after (Kangana) his death. He’s in God’s care now and he’s not in pain anymore.🙏🏽

EXOL 15 days ago I also thought same abt SSR..